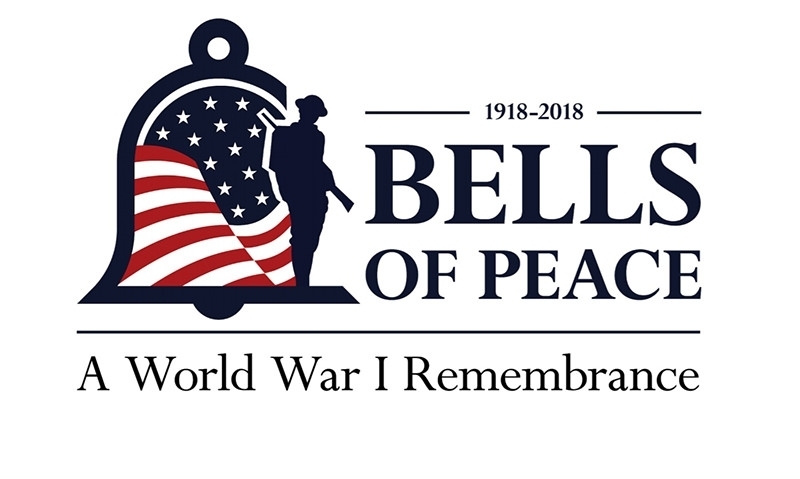 Earlier this year, the U.S. World War One Centennial Commission, the Society of the Honor Guard, Tomb of the Unknown Soldier, and Washington National Cathedral announced the national "Bells of Peace" campaign.

The "Bells of Peace" campaign calls for a national bell tolling across the country at 11 a.m. Nov. 11, to mark the centennial of the end of World War I.

Now, Bells of Peace has a smartphone app to help groups or individuals who want to participate – especially those who do not have access to bells. The new app is free, and is available for either Apple or Android platforms. Search for “Bells of Peace” in either app store or go to ww1cc.org/app for links.

The Bells of Peace app has a number of helpful features for those leading a group commemoration event, or for those who want to mark a moment of contemplation.

The app includes a built-in countdown timer, a variety of different bell sounds, links to World War I websites, and the ability for people to post photos from their local or personal commemoration.

The Bells of Peace app offers people an opportunity to join in a simultaneous tolling, from all the phones running the app. As the built-in countdown timer reaches 11 a.m. local time, bells will toll from every device, together, 21 times, in a remembrance of the moment, exactly 100 years ago, when the war finally ceased.

“Throughout history church bells have been used to mark moments of great sadness and joy,” says the Very Rev. Randolph "Randy" Marshall Hollerith, dean of Washington National Cathedral. “As we make the centennial of the end of World War I, it is appropriate that pause for a moment to honor those who gave their lives in defense of freedom.”

Bells of Peace is an initiative that began in 2014 by the Society of the Honor Guard, Tomb of the Unknown Soldier, at Arlington National Cemetery. It is co-led by Washington National Cathedral, sponsored by the World War One Centennial Commission and endorsed by The American Legion. The program is designed to commemorate the service and sacrifice of those who served in World War I, and all veterans.

The initiative calls for all Americans everywhere to toll bells 21 times, at three-minute intervals, at 11 a.m. local time Nov. 11.

More than 350 partner organizations have joined the Bells of Peace initiative. In addition, 30 states have issued official proclamations supporting the program.