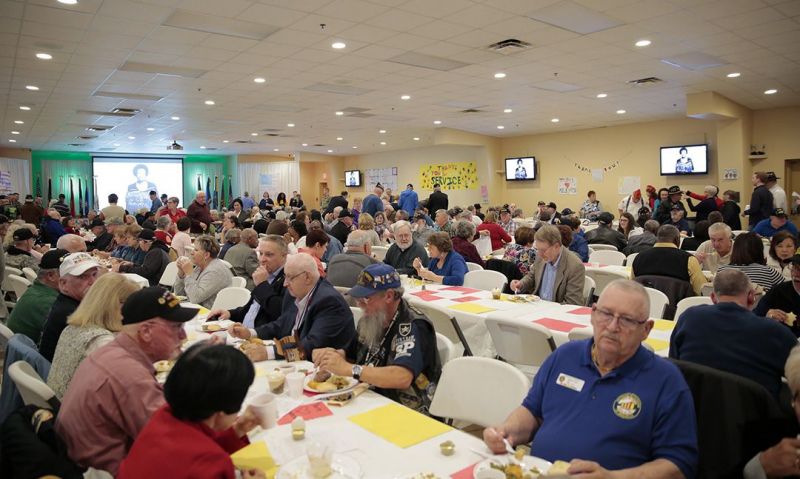 Friday, March 29, is National Vietnam War Veterans Day. On this day, a special tribute is paid to the 9 million Americans who served during the Vietnam War era, to the 58,000 names memorialized on the Vietnam Veterans Memorial in Washington, D.C., and to those who never received the recognition they deserved when they returned to America from war.

American Legion posts, Sons of The American Legion squadrons, Auxiliary units and Legion Riders chapters are supporting efforts to honor these veterans, along with other ceremonies held across the nation.

Last March, American Legion Hardin Post 113 in Elizabethtown, Ky., held its first Vietnam veterans honor dinner to welcome home and recognized those who served and sacrificed. The post fed about 600 veterans and their families.

“It’s long overdue to honor that era’s veterans,” past Post 113 Commander John Saunders. Veterans were met with a receiving line of dignitaries that included U.S. Rep. Brett Guthrie, R-Ky., Elizabethtown Mayor Edna Berger and officials from nearby Fort Knox, who thanked the veterans for their service. “It was very emotional for some of (the veterans),” Saunders said.

Post 113 is hosting the dinner once again on March 28. Saunders said local and state dignitaries will once again be represented, along with representation from Fort Knox and other veteran service organizations.