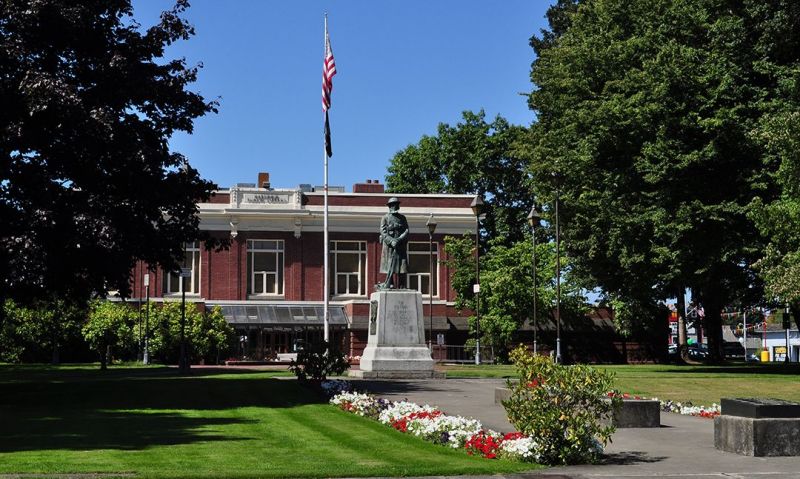 A ceremony to commemorate the 100th anniversary of the 1919 Centralia Tragedy – in which four World War I veterans were killed during an Armistice Day parade – will be held in Centralia, Wash., Nov. 11.

Grant Hodge American Legion Post 17 is hosting the Veterans Day event beginning at 10:30 a.m. in Washington Park. Army veteran Ron Averill, who served two tours in Vietnam during his 30-year military career, is the keynote speaker. Averill became professor of political science and international relations at Hawaii Pacific University after leaving the Army. He then taught at Southern Puget Sound Community College and served as Social Sciences Dean. Averill also has served as Lewis County Commissioner and is active in advisory boards for federal, state and local agencies and civic organizations.

The Centralia Tragedy unfolded as the Armistice Day Parade moved through Centralia on Nov. 11, 1919. Three Legionnaires – Warren O. Grimm, Ben Casangranda and Arthur McElfresh – were shot while marching in the parade. A fourth Legionnaire, Dale Hubbard, was killed a short while later as he pursued a member of the International Workers of the World, who were implicated in the parade shootings. The attack, billed as a “clash between Americanism and Anti-Americanism” transpired while the first American Legion National Convention was taking place in Minneapolis. A bronze statute was erected in Centralia’s Washington Park in 1924 in honor the four slain men.

The American Legion’s National Executive Committee passed a resolution to commemorate the 100th anniversary of the Centralia Tragedy at its October meeting.