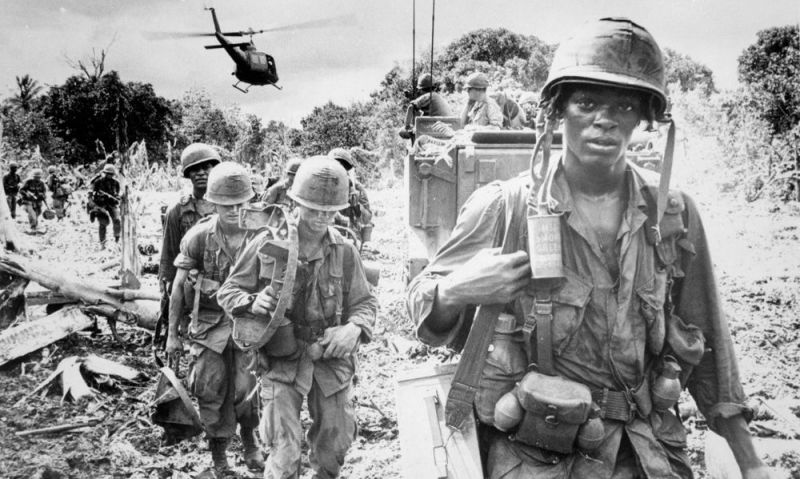 Photo courtesy of The National WWI Museum and Memorial in Kansas City, Mo.

The National WWI Museum and Memorial will host a special exhibition, "The Vietnam War: 1945-1975," running Nov. 8 through May 31, 2020. From perspectives covering both the home front and the war front, the exhibition explores themes of patriotism, duty and citizenship through a remarkable collection of objects, documents, photographs and more.

On Veterans Day Weekend (Nov. 8-11), admission to the museum, based in downtown Kansas City, Mo., is free for veterans and active-duty military personnel; general admission is half-price for the public.

“We are honored to serve as the only host institution in the Midwest and the final location for this incredibly important and poignant exhibition,” National WWI Museum and Memorial President and CEO Dr. Matthew Naylor said in a news release. “Some might wonder why the National WWI Museum and Memorial would host an exhibition about the Vietnam War. As we seek to achieve our mission of informing the public about the Great War’s enduring impact, events that took place in Vietnam are quite connected to and were most certainly influenced by World War I.”

An introductory gallery precedes the exhibition, which features documents and historical research from the collection of the Museum and Memorial, helping to illustrate connections between the Great War and the Vietnam War. At the Paris peace talks in 1919, a young man named Nguyễn Sinh Cung requested audiences with world leaders in an attempt to secure independence from France for what eventually became Vietnam. Denied these repeated attempts, he later forged alliances with Communist-leaning leaders and renamed himself Ho Chi Minh.

Harry S. Truman said his later decisions were based on his World War I experiences, including providing economic and military aid to France in support of its efforts in Indochina. Brig. Gen. Douglas MacArthur, a young tank captain named Dwight Eisenhower, Assistant Secretary of the Navy Franklin D. Roosevelt, Col. George C. Marshall and many others deeply involved in World War I had connections to the war in Southeast Asia a few decades later.

Outside of special pricing during Veterans Day Weekend and Memorial Day Weekend, admission to "The Vietnam War: 1945-1975" is $10 for adults, $8 for seniors and military and $6 for youth. When combined with a general admission ticket, admission to the exhibition is an additional $3. Tickets may be purchased in advance at www.theworldwar.org.