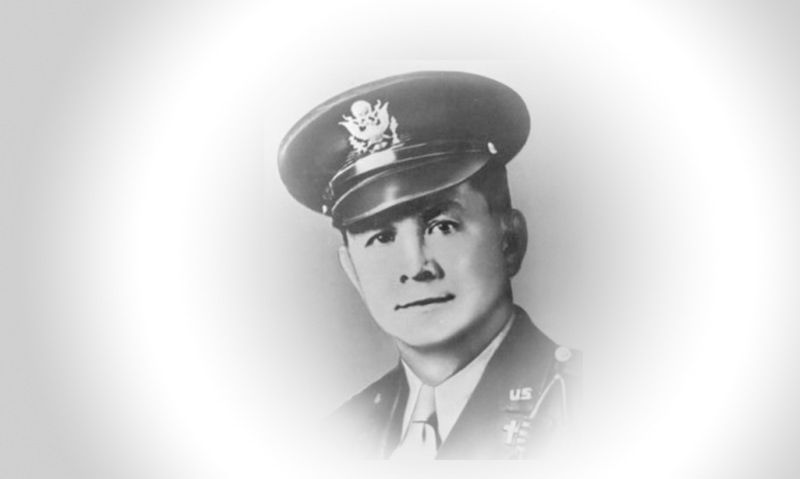 As American Legion posts and departments mark the 77th anniversary of the Dorchester sinking this weekend, once again telling the story of the Four Chaplains who gave away their life vests and went down praying with the ship, one aspect that may not get as much attention is the fact that one of those who would later be recognized by Legionnaires was one himself.

Originally an accountant, Methodist Rev. George Fox’s life and calling had taken him around the country, and around the world during his service in World War I as a Marine medical corps assistant; he was highly decorated for bravery. After the war, he went into the ministry. He and his family found themselves serving a three-town area in Vermont. They lived in Gilman, and he joined the local Walter G. Moore American Legion Post 41.

Fox’s wife Isadore – who went into the ministry herself (they had met at Moody Bible Institute) and served as a unit president and later national chaplain of the American Legion Auxiliary – wrote the book “The Immortal Chaplain” about her husband’s life in 1965, a copy of which she donated to the library at National Headquarters. Then-Vermont NECman Simon G. Godfrey wrote the appendix, where he shared among his memories of Fox:

“During my term as department commander in 1939 and 1940, he served as my department chaplain and did a great deal in helping to make my administration a success. At the beginning of World War II he again put on a uniform, a chaplain’s, for his country …. He was one of the four chaplains on the USS Dorchester who gave up their lives in the line of duty so that others might live …. There was a man.”

As department chaplain, Fox was in charge of the wreath-laying at the state’s 1939 Armistice Day ceremony. Records indicate that he was also department historian at one point. He went back on duty in the Army on Aug. 8, 1942; Dorchester sank about six months later.

According to Post 41 adjutant Edson Thomas Jr., the post is now named Moore-Fox – they changed it after the war. A picture of Fox sits in the post home. Thomas belongs to one of the churches Fox served, and says they still have records of the marriages, births, etc. he conducted. And each year at the area’s Memorial Day ceremony, a wreath is placed on his grave marker.