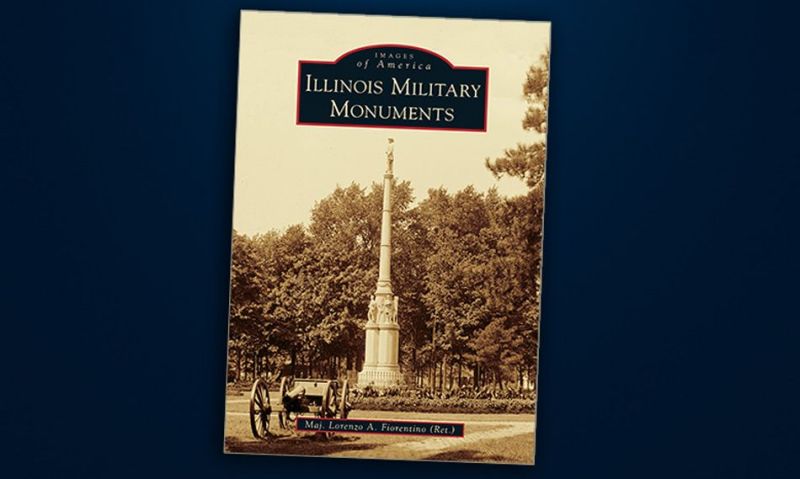 Lorenzo Fiorentino wears multiple hats. He is currently commander of American Legion Post 335 in River Grove, Ill., and he recently became an author with the publication of “Illinois Military Monuments” via Arcadia Publishing, which concentrates on neighborhood, local and regional histories through its “Images of America” series.

The retired Army major and 23-year Legionnaire began his research in 2018, and the book was published in 2019. According to Fiorentino, it is meant to showcase both the memorials and the veterans they are dedicated to. He has given a series of presentations on the book at area Legion posts.

Fiorentino talked with The American Legion about his project and what he hopes it will accomplish.

What was the reception to the book by your fellow Legionnaires?

My fellow Legionnaires loved the book. My goal continues to be to present a signed copy to every post member who is paid and attends at least one meeting or event. So far, it has gone rather well.

What made you decide to do this book?

I decided to write the book for several reasons. First, to document as many monuments as I could, because some are disappearing or falling into disrepair. Second, to honor Illinois' sons and daughters those monuments are dedicated to.

Does it cover all the veterans monuments in the state?

There are 85 monuments in the book. I had many more I wanted to include, but the book format limited me to 128 pages total. There are many in the state of Illinois. That is one reason I am so willing to do presentations on the topic/book – I discuss mostly monuments that are not covered in the book.

Why did you join The American Legion?

I joined the Legion in order to continue serving my community and my fellow veterans.

Do you see any parallels between your book and what you do for the organization?

The book, I hope, honors veterans, their deeds, and continues to keep them in the forefront of our collective consciousness.