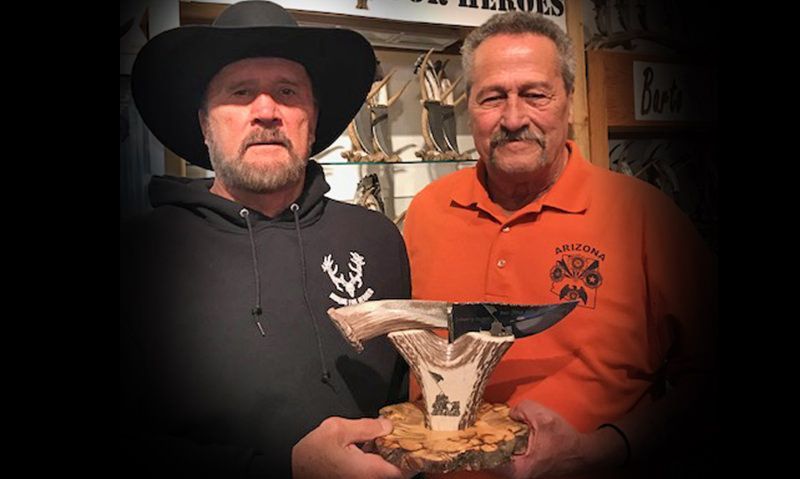 When Ira H. Hayes American Legion Post 84 in Sacaton, Ariz., wanted to raise money for its youth programs in February, they looked to history to provide the hook.

Post Adjutant Tony McDaniel attended the 101st National Convention in Indianapolis last August, as did regular exhibitor Ben Barto. Barto, a Sons of The American Legion member and Rider at Archie Hay American Legion Post 24 in Rock Springs, Wyo., owns and operates Barto Antler Knives and is a board member of the Horns for Heroes Foundation, which provides “assistance for veterans in need through the sale of branded, horn and antler products."

Those products include knives and stands that can be personalized or otherwise designed; Barto has said of his specialty, “It's always an honor to build knives for veterans and give back to those who put their lives on the line for us.” Post 84 commissioned two sets commemorating the 75th anniversary of the Iwo Jima flag-raising; its namesake Hayes was one of those on the island. “This is our first attempt with this type of fundraising,” McDaniel said. “This decision was made mainly due to the extreme quality of Ben Barto's product.”

The drawing was held Feb. 22 at the Matthew B. Juan/Ira H. Hayes Veterans Memorial Park in Sacaton. Attendees were “very impressed with the knives and display stands,” according to McDaniel, and the event raised over $1,000.