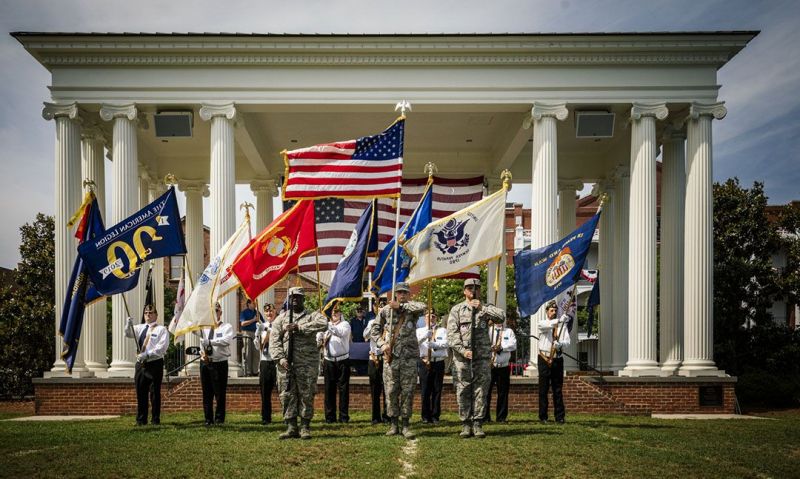 On Memorial Day this year, how Americans honor the more than 1 million men and women who have lost their lives defending America since the Revolutionary War will look different in many places due to safety concerns surrounding the COVID-19 pandemic.

With social distancing efforts in place to slow down the pandemic, Memorial Day parades and events are getting canceled. Some of those cancellations include American Legion-coordinated events. For American Legion departments, districts and post still able to provide Memorial Day honors – whether that’s in person, through online virtual communication or an email from leadership – an American Legion Memorial Day speech for 2020 is available to pay tribute to the sacrifices made by men and women in the armed forces.

American Legion Krause-Kraft-Mueller Post 106 in Seymour, Wis., is participating in its 100th consecutive Memorial Day program, even though it will look different this year because of the stay-at-home order extension through May 26 mandated by Wisconsin Governor Tony Evers.

"In these times when a lot of what we have done routinely is no longer an option we need to continue with our traditions," American Legion Past National Vice Commander and Post 106 member Russ Hanseter wrote in a letter to National Headquarters. "I am sure that we are not the only American Legion post that has struggled with how we would honor our war dead on the upcoming Memorial Day."

A member of the post and Auxiliary unit, who is a retired Air Force colonel, will prepare a Memorial Day message for print publication in the local paper. And Hanseter will write an article for the paper as well on the 99-year history of Post 106's support of the Memorial Day program. Even though there will not be a Memorial Day parade or ceremony at the Veterans Park & Memorial in downtown Seymour, U.S. flags will still be placed on veterans graves in local cemeteries by Post 106 Legion Family members and local Scouts, and flags at the park will be lowered in honor of the fallen.

"The Seymour community tradition of honoring our war dead will continue unbroken for the next century," Hanseter said.

American Legion members can share how they honored Memorial Day by submitting a post on www.legiontown.org. Also, a reminder that we’re asking our American Legion Family members – and those outside of the organization – to share with us the names of those you will honor and remember on Memorial Day. Our plan is to compile a list and then begin sharing them regularly via our social media channels over Memorial Day Weekend.

Here’s what we need:

• Branch of service; and

• A photo of the servicemember, either in uniform or civilian clothes.

Information can be submitted via Legiontown through the category Virtual Memorial Day. Submissions will be shared via Facebook and Twitter starting May 22. Follow along either social media platform using the hashtag #VirtualMemorialDay.