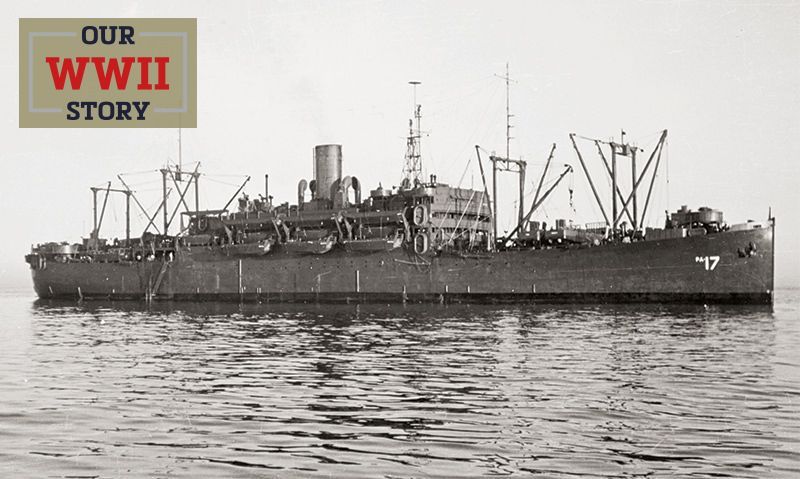 A steel memorial in the shape of a Higgins Boat holds a little-known place of honor in Queen Elizabeth Park on the Kapiti Island coast of New Zealand. It recognizes 10 World War II U.S. Navy sailors who drowned near there after an ill-fated training exercise on June 20, 1943. LCVP-6 was the last stranded craft to leave the turbulent surf, in the dark of night, when its motor died. As the craft was being towed back to the USS American Legion, it flipped and capsized in waves some witnesses claimed were 14 feet high. Nine of the 15 survivors made it to shore, and the other six were rescued in the cold, roiling water.

The names of the 10 who did not live through the Paekākāriki Beach tragedy are welded onto the memorial, which was unveiled on Memorial Day 2012 in a ceremony attended by three veterans who served on the American Legion: Ray Plante, who was on the ship at the time of the incident; Ted Picard, a coxswain on one of the other LCVPs (Landing Craft Vehicle and Personnel) dispatched that day; and Frank Zalot, who survived the capsizing by sharing one loose life vest with another sailor.

Following the incident, the U.S. Navy mandated that all personnel on landing crafts must wear life vests, a regulation that may have saved thousands more Americans as the war evolved, relying heavily on Higgins Boats to land personnel – from the beaches of Normandy to Iwo Jima.

Zalot told The American Legion Magazine in 2012 that he heard the screaming voices of the 10 victims – all close friends after nine months together on the ship – every night as he tried to sleep, for the next 68 years. “We were friends,” said Zalot, who served as an American Legion post commander in Hadley, Mass., following his discharge. “They were ordinary guys just like the rest of us.”

After the mayor read the names of the drowned sailors for the first time in public – Memorial Day 2011 – the voices left Zalot’s head. “Then it dawned on me,” he told the magazine. “The only reason I heard this screaming all these years was these guys were trying to communicate with me, to ‘tell our story … we died, and we want people to know who we are. We didn’t die in vain.’ The minute their names were read, the screaming stopped.”

The USS American Legion served many purposes throughout World War II – including landing some of the first U.S. troops at Guadalcanal, performing rescue missions, supplying a hospital and conducting training exercises. She received two battle stars in World War II.

The American Legion had originally been designed as a troop-transport ship near the end of the World War I. The war, however, was over by the time construction began on Jan. 10, 1919.

For her first four years, the 535-foot vessel remained a federal property until she was sold to the Munson Line in 1925. Built by the New York Shipbuilding Company, the American Legion was named for the organization at the urging of Pennsylvania Legionnaire William J. Brown, who was an inspector for the Emergency Fleet Corp. American Legion National Executive Committee chairman Henry D. Lindsley spoke at her christening on Oct. 11, 1919.

The American Legion spent 20 years in commercial service – sailing between the United States and South America – until Dec. 19, 1939, when the U.S. War Department accepted her transfer and began converting her into USAT American Legion, a transport ship. In that capacity, she carried military and civilian personnel through the Caribbean Sea to the Canal Zone.

On Aug. 22, 1941, the U.S. Navy commissioned the USS American Legion, classified her as AP-35, a troop transport vessel, and her World War II career began. She served as an attack transport in the Pacific Theater and rescued survivors of the USS Quincy.