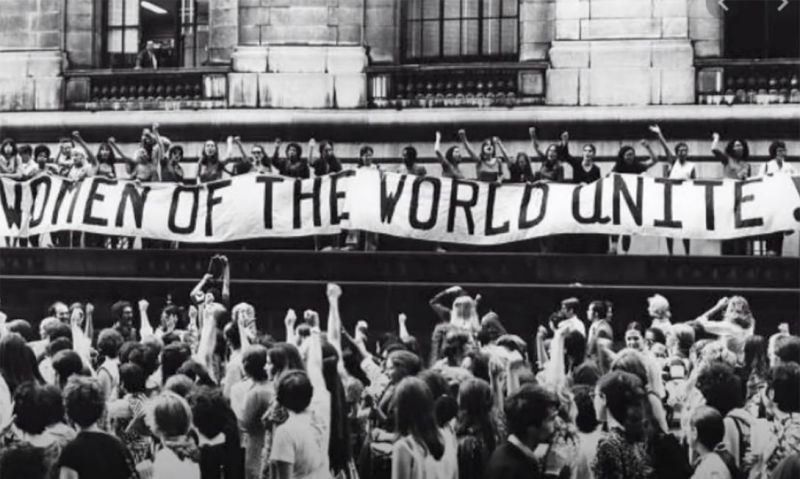 Reba Whittle served in the U.S. Army Nurse Corps during World War II and became the only female prisoner of war. Her C-47 plane was shot down on a mission to collect casualties, and she and her crewmates were captured by German soldiers. Whittle spent her time in POW hospitals treating patients until she was repatriated nearly a year into her captivity.

“There are multitude of stories just like Reba’s and they can serve as an inspiration and prove that throughout World War II women overseas pushed boundaries that had never before been broken,” shared New Palestine, Ind., high school student Alyssa Kauchak in her “Women of World War II” video.

Kauchak was one of 10 video entries for American Legion New Palestine Post 182’s third annual scholarship competition. The high school students were tasked with creating a three-minute video on the European Theatre during World War II. The award recipients were recently named, with Kauchak earning first place and a $1,000 scholarship for her “Women of World War II” video; $500 each was given to runners-up Braeden Baker for “Operation Overlord,” and Cora Downing for “The Battle of Normandy.”

“The videos were just outstanding,” said Bill McCoy, Post 182 adjutant and chairman of the post’s New Palestine Veterans Memorial. “It was a pretty tough pick this year.”

The selection of winners was made by Post 182 members, including McCoy, and members of the New Palestine High School History Department and social studies teacher Gina Iacobucci.

The students started making their videos right when the COVID-19 pandemic hit in March, so content was accessed mostly from online resources since libraries were closed. In their videos, the students featured historical images and scenes from World War II, while their voices told the story. For example, Kauchak featured well-known images of women in military service during the war, the gravesite of Whittle, war medals, and women working in the factories while men were away serving. Meanwhile, Downing had music playing throughout her “The Battle of Normandy” video with war images and subheads telling the story.

This is the first time the post created a theme for the scholarship competition. Last year, the students had the ability to choose their subject of choice for the video content. “This made judging more difficult because we couldn’t compare one to the other,” McCoy said. “We wanted to keep them in the same category to have a basis to judge them on.”

McCoy is looking forward to next year’s scholarship video competition, which will be on his war – the Korean War.

“I hope (these videos) make the students aware of what went on before them, and give them a sense of patriotism and Americanism,” McCoy said.

Post 182 has supported New Palestine High School in other ways, such as providing five bronze plaques that are replicas of the U.S. Constitution and Bill of Rights.