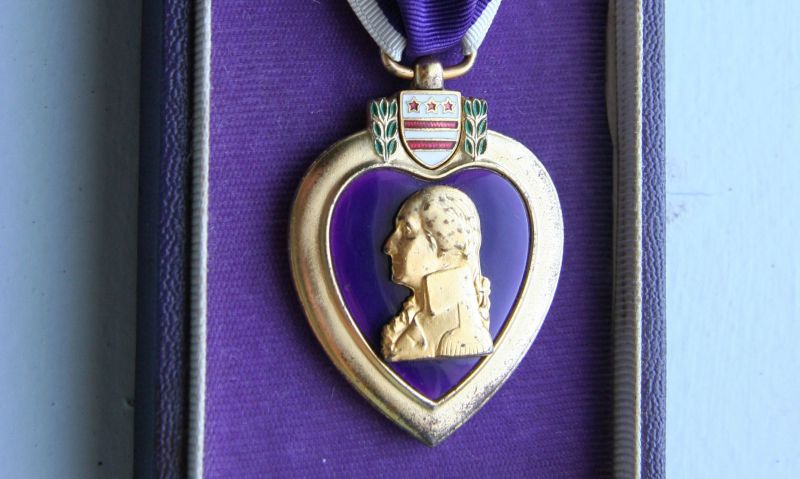 Aug. 7 is Purple Heart Day. On that day in 1782, George Washington established the Badge for Military Merit – forerunner of the Purple Heart. The award we know today was created in 1932, the bicentennial of Washington’s birth.

The National Purple Heart Hall of Honor in New Windsor, N.Y. – “the nation's sole repository dedicated to the preservation and collection of the stories of Purple Heart recipients” – is closed temporarily, but is gearing up for a major expansion project this winter. The Hall estimates that roughly 1.8 million Purple Hearts have been awarded, but records are far from complete due to fires and other mishaps – there is no single comprehensive record. Even inclusion in the Hall is based on information received from recipients or their loved ones. Other things you may not know:

2. The Purple Heart was considered a merit award until the creation of the Legion of Merit in 1942. (National Purple Heart Hall of Honor)

3. Civilian Purple Hearts were allowed “for those under competent military authority” from 1962 to 1998. (National Purple Heart Hall of Honor)

4. John F. Kennedy is the only U.S. president to earn a Purple Heart, while serving in the Navy during World War II. (uso.org)

7. Curry Haynes, who served in the Army during the Vietnam War, earned 10 Purple Hearts during his military career. (uso.org)

9. There is no way to know how many members of the Legion have Purple Hearts as a result of their service, but a search of the Legiontown website or the American Legion national website yields stories of Purple Hearts earned, lost, found and more.

10. If you do not have a Purple Heart – or any other medal – that you or a loved one earned, archives.gov has information on how to request one.