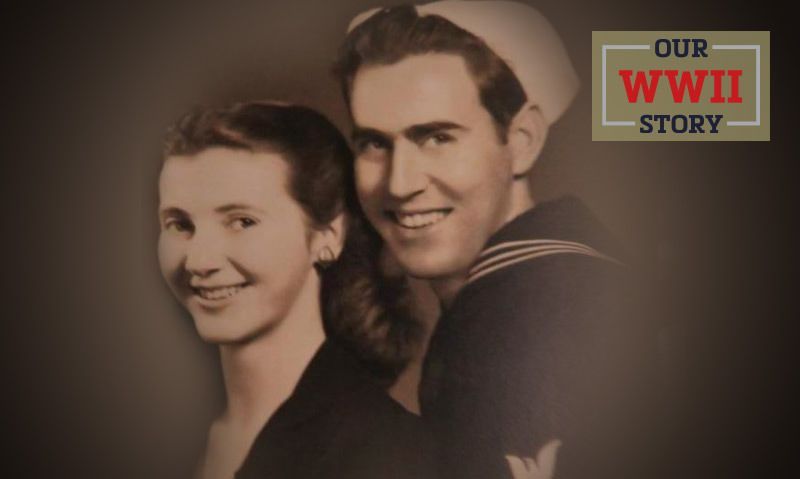 My parents were high school sweethearts. My dad joined the Navy as soon as he could out of high school. I’m not sure how the proposal was made or how their engagement went. Dad got stationed in Richmond, Va. Mom decided she was ready to get married. There were troop trains leaving Portland, Ore., often, so she worked at getting a ticket on one of those trains. You either had to be a serviceman or the spouse of one. She talked one of the men into saying she was his wife! So off she went, traveling at 19 years of age all the way across the country, by train, to reach her love.

It took five days before they were united. They went to a city church in Richmond. The pastor told them he would perform the ceremony but they would have to wait until the prayer service was over. You see, it was June 6, 1944 (D-Day).

Mom had written to her mother saying, “I can't believe I’m celebrating my 20th birthday (June 2, 1944) and getting married to Jimmy!”

They ended up staying in dormitory-like living quarters with other military couples until Dad was shipped out to Okinawa. Mom eventually went back home to Corbett, Ore., where she settled in with her family. They were members of American Legion Post 108 in Corbett for 50 years or more, as we are today. Dad was the commander.

Jim and Ardie were happily married for 63 years. Dad passed away in December 2007 and Mom shortly afterward in March 2009. We always thought she just couldn’t be without him. They had quite the journey.