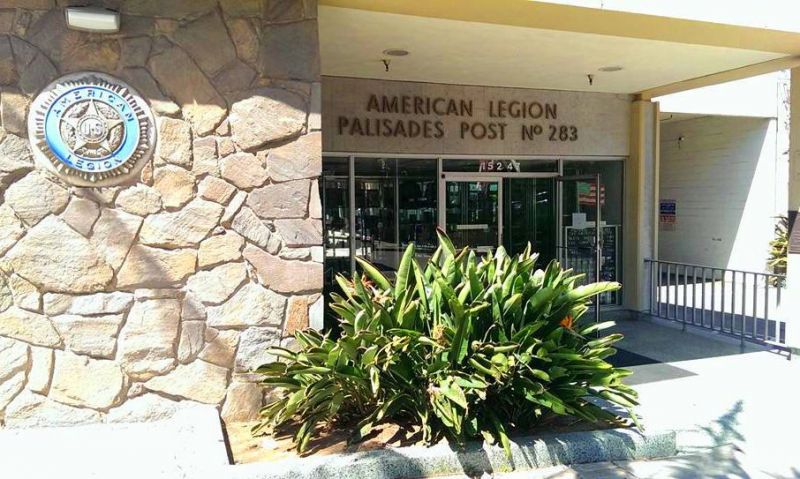 For 19 years, American Legion Family members have led efforts in their communities to honor and remember those who died during the 9/11 terrorist attacks in New York City, at the Pentagon and on United Flight 93 in Pennsylvania.

And though the coronavirus has altered day-to-day normalcy, it hasn’t stopped American Legion Family members from observing patriotic holidays such as Memorial Day, Flag Day and July 4.

Such is the case with Patriot Day, which on Sept. 11 honors those lost during the 9/11 terrorist attacks. From the East Coast to the West Coast, Legion Family members are helping their communities commemorate Patriot Day.

In the midst of a pandemic, event plans have been altered. But as American Legion Family members have shown the ability to adapt and overcome throughout the coronavirus, similar examples will happen in the coming days.

One such example is the effort put forth by Ronald Reagan-Palisades Post 283 in California. The post is teaming up with The Veterans National Entertainment Workshop to salute first responders during the COVID-19 pandemic with an online concert featuring first responders and U.S. military veterans performing original and popular songs.

The concert will begin at 10 a.m. PT on Sept. 11 and will be available online for viewing after the premiere date. The performers will include a diverse cast of nurses, doctors, paramedics, police, firefighters and veterans, as well as the Los Angeles Sheriff's Department Band, The National Virtual Medical Orchestra, composer Jimmy Dunne and singer/composer Annie Bosko.

There are three ways to watch the concert:

The following are just a few of the ways American Legion Family members are conducting or taking part in community Patriot Day events.

In Palmer, American Legion Post 15 is hosting a Patriot Day Dinner Friday evening to honor the sacrifices made by first responders during the 9/11 terror attack.

In Millsboro, American Legion Auxiliary Unit 28 is conducting a candlelight ceremony at Post 28’s pavilion for the public to attend.

In Pike County, Post 197’s American Legion Family is hosting a Patriot Day observance program for the community. The event will take place outside of the Pike County Courthouse and will include a 9-11 memorial on display for the public to view the memorial honors the 2,799 victims who perished on 9/11; the 343 fire fighters, 60 law enforcement officers, eight Emergency Medical Technicians and 55 military personnel will also be honored. The post also will be conducting voter registration during the event.

Post 233 in Oak Grove will have a 9/11 ceremony and American Legion Auxiliary Unit 233 will be presenting Freedom Flags to three local fire departments.

In Hampstead, American Legion Auxiliary Unit 200 will host a luminary display to reflect, honor and remember those who lost their lives on Sept. 11, 2001. The event, which also will honor prisoners of war and military service members missing in action, is open to the public, though social distancing and proper precautions are urged for any attending.

“This was so recent that most people who are alive today remember 9/11, where they were, what they were doing,” Past Unit 200 Historian Elinore Frush told the Baltimore Sun. “I have personally visited the site, and it just takes your breath away. You just can’t describe to anybody what you see there, what you smell. You can just smell the concrete. It’s totally mind-boggling.”

In previous years the post was the site of a 9/11 candlelight vigil, but alternative plans needed to be made because of the pandemic. Luminaries will be arranged inside the pavilion along with a table set for one with a glass turned upside down to symbolize servicemembers who cannot be with their families.

•The Person Veterans Council – which is made up of Lester Blackwell American Legion Post 138 in Roxboro, DAV Chapter 72 and the Patriots Portrait – is having a Patriot Day Remembrance Ceremony, where it will be dedicating a Patriot Day Memorial.

• In Vass, members of American Legion Post 296 will deliver certificates of appreciation to local fire stations and police departments on Sept. 12. The group’s 135-mile campaign kicks off shortly after 9 a.m.

In Seguin, H.U. Wood Post 245 is having its fourth annual 1st Responder's Breakfast, which is open to all area first responders. The post’s American Legion Family and other local organizations provide a variety of cooked-to-order breakfast tacos to thank the first responders for what they do for the community on a daily basis. In 2019 nearly 100 first responders came to the event, “and the looks and appreciation they had on their faces made the event extremely successful and worthwhile,” said Post 245 First Vice Commander American Legion Riders Chapter 245 Director Jeff Messinger.

Those American Legion Family members conducting Patriot Day events are encouraged to share their stories and photos on www.legiontown.org.