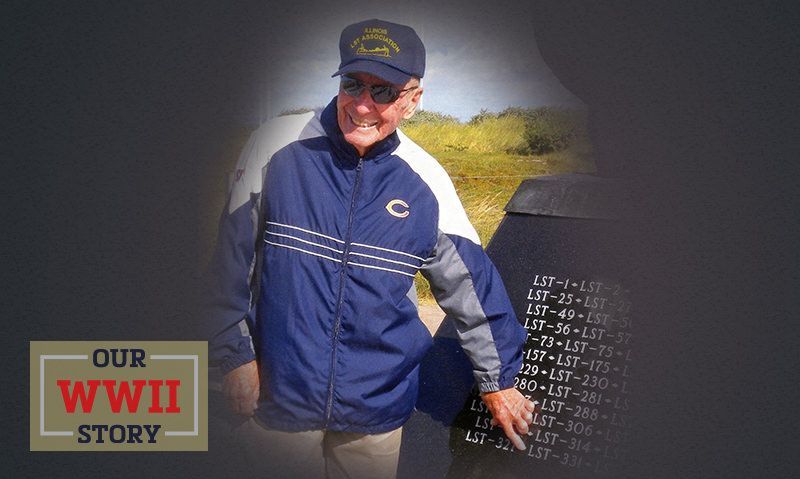 Rob Borchsenius, adjutant and chief financial officer of LaVerne W. Anderson American Legion Post 729 in Sheridan, Ill., sent a report in August about a special honor for a special Legionnaire: his father.

“Wayne L. ‘Buck’ Borchsenius received his 75-year membership certificate from The American Legion. He, like many of his friends, joined the military after Pearl Harbor. He served in the U.S. Coast Guard on LST 331 and was part of the first wave of the Normandy invasion. Upon returning home he and fellow returning veterans built the home for Post 729. Buck was the first chief financial officer for Post 729.

“In 2012 his family helped him return to Normandy. In the picture, Buck indicates LST 331 is part of the memorial on Utah Beach.”