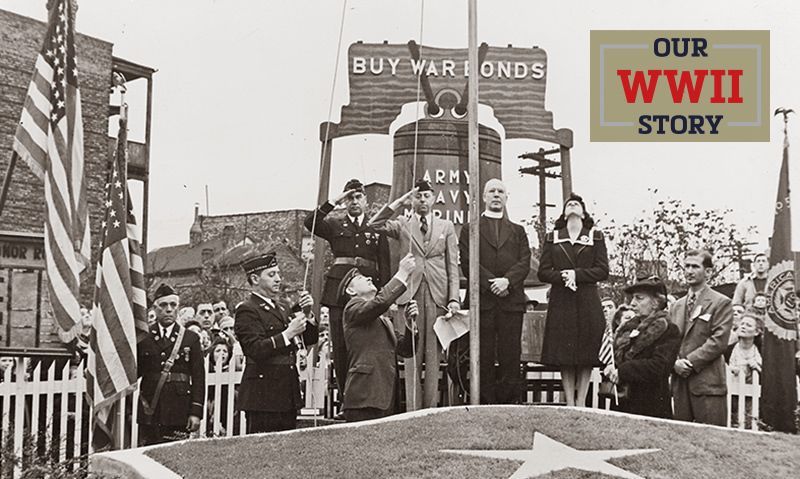 Veterans of World War I knew vividly what it meant to fight on foreign soil without the supplies, food, clothing and weaponry they wished they had. So, when Defense Savings Bonds and Stamps were made available to build up the U.S. war machine in early 1942, The American Legion went to work. “There is no room in America today for silent partners,” Past National Commander Frank Belgrano wrote in an April 1942 call for the entire American Legion Family to step up, buy bonds and get their friends and neighbors to do it, too.

“The disquieting fact is that, while 95 percent of our people have heard of Defense Savings Bonds and Stamps, only a small percentage have actually purchased them,” Belgrano explained. “It is our job to tell the story of their contribution to Uncle Sam’s victory effort so effectively that all of our citizens will freely and gladly sign a pledge to purchase bonds or stamps, or both, systematically for the duration of the war.”

One estimate credits The American Legion with approximately $1.5 billion in total sales through the seven campaigns. That would amount to over $22.1 billion in 2020 dollars.

American Legion individual members, posts, departments and national headquarters were recognized by the federal government for contributing mightily to the effort. They promoted the campaigns through their publications. They invested their personal money – about double the per-capita goal per citizen – served on campaign committees and personally sold bonds to others in their communities. Multiple post-sponsored fundraisers were also conducted to purchase specific types of military equipment, even bombs.

According to an April 1944 survey, with only about half of the organization’s 12,158 posts responding, local posts had invested over $22.2 million in war bonds by themselves. A national report on the survey, however, suggested that “a conservative estimate of the total amount of Legion funds so invested would not be overstated at $50 million.”