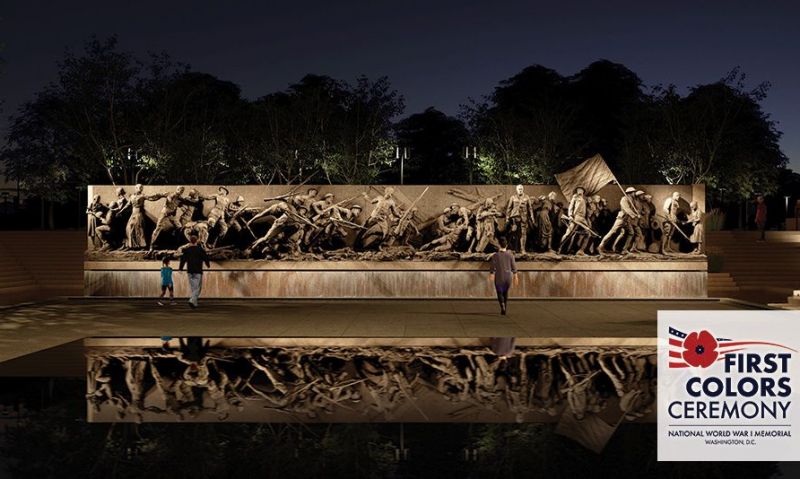 The December issue of The American Legion Magazine includes a brief on the “First Colors” ceremony planned for Dec. 11 at the site of the new National World War I Memorial in Washington, D.C., where the U.S. flag that will fly over the memorial was to be raised. The Legion supports the construction of the memorial, most recently via Resolution 87 in 2017.

The ceremony has been rescheduled for Apr. 11, 2021. The memorial site will not be completed until early in the year, and the decision was made based on the scope of the planned activities as well as ongoing concerns about mass gatherings during the pandemic.

“First Colors” will trace the path of a flag that first flew over the nation’s capital April 6, 2017, commemorating the centennial of the day the United States went to war in 1917. It then flew over the American World War I battlefield cemeteries of Europe, honoring the 116,516 Americans who died during the war. In its return to Washington, the flag will fly in perpetuity above the memorial.

Updated news about the ceremony will be available on the commission's website and Facebook page. The commission has also launched a website for the Doughboy Foundation, which supports and encourages planning and execution of programs, projects and activities commemorating and educating the public on America's role in World War I.