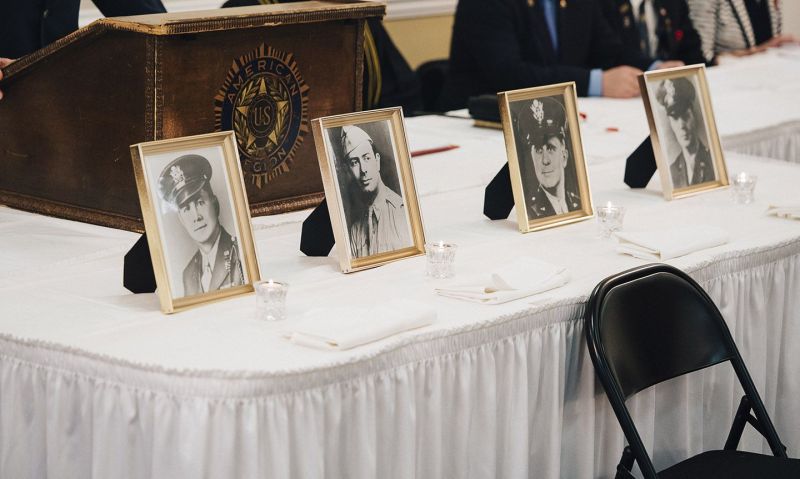 The 78th anniversary of the sinking of the United States Army Transport Dorchester, and the selfless acts of four Army chaplains aboard, is remembered Sunday, Feb. 7.

Every year, American Legion posts nationwide commemorate the selfless acts of the four chaplains on or near Feb. 3, 1943 – the day Dorchester was crossing the North Atlantic, transporting troops to an American base in Greenland, when it was struck by a torpedo fired from a German U-boat. Through interfaith services, memorial ceremonies and other solemn events, members of the American Legion Family honor the chaplains and 668 other men who died when Dorchester sank.

While the current pandemic may alter how American Legion posts observe Feb. 7, a Four Chaplains Day guide is available on The American Legion's publications web page. The guide provides a brief bio of the four chaplains, how to observe Four Chaplains Day, and the story of the four chaplains of different faiths who, in sacrificing their lives, created a unique legacy of brotherhood.