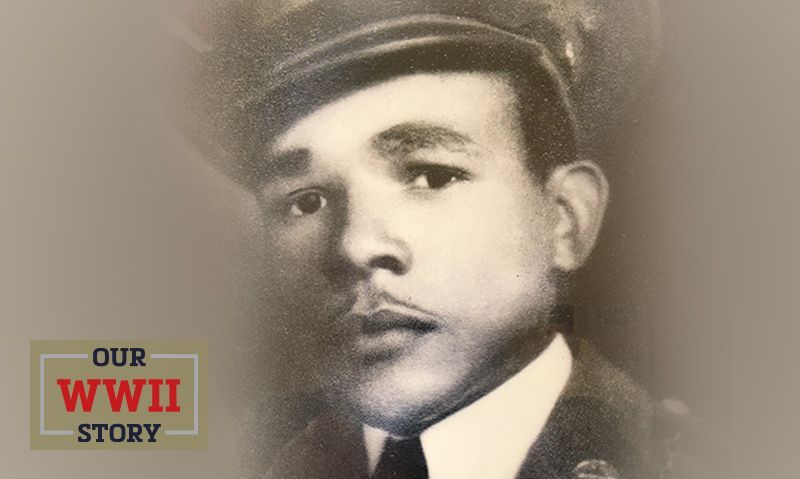 Fred Brock of San Antonio did not make it into a combat theater during World War II. The U.S. Army’s famous 92nd Division was training at Fort Huachuca, Ariz., when the tech sergeant lost his life in an accident on Aug. 18, 1943, while he was supervising the installation of lines for a field telephone system.

In time, the segregated 92nd would fight in Europe, where more than 2,000 of its soldiers would be wounded, 548 killed in action and two – Vernon Baker and John R. Fox – would receive the Medal of Honor for their actions in Italy.

Brock was the first member of the 92nd – the famed Buffalo Soldiers – to die in uniform during World War II. Four months after his death, a baseball complex at Fort Huachuca was named in his memory. And seven years after his death, he became the namesake of historically Black American Legion Post 828.

Air Force veteran Al Alford, a member of Post 828 and former Texas District 20 commander, researched Brock’s story as part of the post’s recognition of The American Legion centennial. From that research, he created a plaque/lightbox to remember Brock’s place in history. The post also has a Fred Brock Veterans Memorial Wall to recognize members of the community who have served in the U.S. Armed Forces through the years.

“I had to go out and discover the information,” says Alford, now American Legion Department of Texas historian. “I did it by doing internet searches. Then I began to see things.”

Alford learned that Brock had graduated from San Antonio’s Wheatley High School in 1940 and enlisted in the Army. He was a model soldier and moving up the ranks when tragedy struck. “During his brief stay in the military service, Sgt. Brock received the Expert Rifle Marksmanship and Good Conduct Medals,” a display inside the post reads. “While at Fort Huachuca, he had the duty of playing reveille and taps for the post. He was an avid sports lover and managed a local softball team.”

In 1950, Post 828 took shape from the combination of two other traditionally Black American Legion posts in the area, and Fred Brock became the namesake. Over time, the details of Brock’s history faded, but Alford and his fellow Legionnaires worked to revive and display it as an inspiration to others.

“One of the things I figured was if this is the individual we named our post after, then we should spare no expense to find a way of displaying him, showing who he is,” Alford told The American Legion Media & Communications Division in 2018. “So, when members come in and are playing pool or shooting darts in a dart tournament, our members get to read a little about the history … also members who come in from other posts.”

In February 2019, World War II veteran Willie E. Foster Sr. – at 96 the oldest member of Fred Brock Post 828 – was recognized during the annual Miss Black San Antonio Scholarship Pageant for his military service. Like Brock, Foster went to Wheatley High School in San Antonio before he enlisted in the Army and served from 1942 to 1946, discharging as a sergeant (quartermaster). After the war, he worked on Fort Sam Houston Army Base, Kelly Air Field and at the Fort Sam Houston Hospital.

“This was a tremendous gift,” Foster told more than 400 guests at the 2019 recognition. “Not only for myself but as a representative of Fred Brock American Legion Post No. 828.”

On April 9, 2020, at the age of 97, Foster passed away. “He was always dressed to the nines,” a remembrance of the veteran explained on Legiontown.org. “Foster loved his family and The American Legion. Prior to his memorial service, Foster’s remains were brought to Fred Brock American Legion Post 828 as a final farewell to a great Legionnaire.”

The date of Foster’s memorial service, April 17, would have been his 98th birthday.