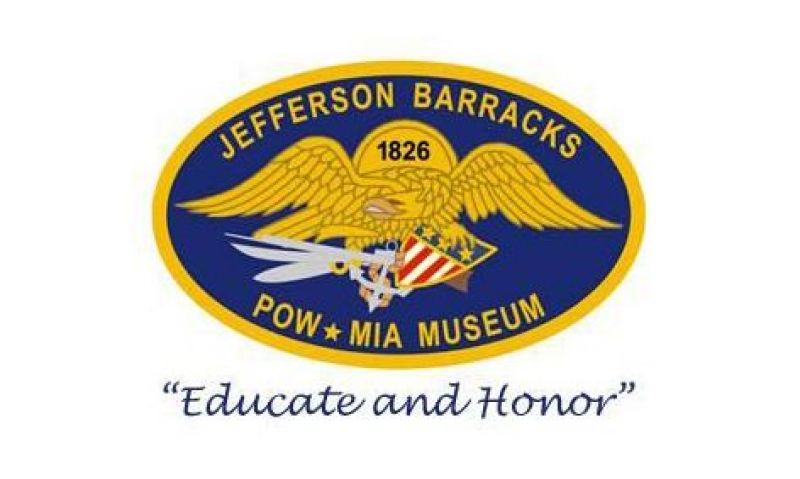 In 1943, at the age of 29, St. Louis native Edward Ucinski Sr. was drafted into the U.S. Army as a BAR (Browning Automatic Rifle) gunner assigned to the 9th Infantry Division, Company K, 39th Infantry Regiment. After landing on the shores of Omaha Beach in Normandy following Allied forces, Ucinski Sr. fought his way through the Ardennes Counter Offensive in Bastogne. It was there that he was captured by the Germans and sent by train to Stalag VII-A in Moosberg – a POW camp.

“I still have the telegrams that my grandmother received – one that stated he was missing and the other one that they found him in a POW camp,” said Edward Ucinski III, Missouri American Legion 10th District commander. “(My grandfather) told me that he was one of three survivors, which included a second platoon in the neighboring area, which he informed me that ‘all of them were gone’ when they were taken past their positions.”

Ucinski Sr. was liberated on Easter Sunday in 1945 by Gen. George Patton after enduring several months in captivity. Now, Ucinski III is helping to preserve the experiences and memories of his grandfather and all POW/MIAs by educating today’s youth about their sacrifices.

In doing so, The American Legion’s 10th District teamed up with the local Jefferson Barracks POW-MIA Museum to sponsor an online POW-MIA Youth Patch Program.

Any youth under the age of 21 can participate in the program. Uncinski III said that a Scout troop leader from Mississippi reached out to him about his troop participating.

The POW-MIA Youth Patch Program criteria, in part, are:

- Learn and know terminology such as what is a veteran, what’s a POW/MIA, what does repatriated mean, and what does KIA and DPAA stand for;

- Describe the appearance of the POW/MIA flag, what each part of it means, its history and proper flag etiquette;

- Share the purpose of the Missing Man Table and the honor ceremony;

- List the items required for the Missing Man Table;

- Name when National POW/MIA Recognition Day is and its importance; and

- Identify the number of POW/MIAs.

“As a family member of a former prisoner of war, it is my goal to help provide a better understanding of what some of our servicemen and women experienced, while they were in service to this great nation of ours,” Ucinski III said. “It is also my goal to preserve the memories of those who endured this hardship for future generations to understand.”

To receive the POW-MIA Youth Patch Program, participants have to call Ucinski III on the phone to be reviewed. “I understand that technology is a great way, but one of the things we always try to teach the young people today is you still have to have interpersonal skills, you still have to talk to people,” he said. “And then we’ll award it.”

If you would like more information about the POW-MIA Youth Patch Program or would like a copy of the study guide emailed to you, contact Missouri 10th District Commander Edward Ucinski III via email at educinski780@hotmail.com or by phone at (314) 660-7685.

The Jefferson Barracks POW-MIA Museum was started 10 years ago and is housed in one of the old officers buildings from the Civil War. The museum features a room dedicated to Michael Blassie, a local St. Louis hero and U.S. Air Force fighter pilot during the Vietnam War whose plane was shot down in 1972. His remains were unidentifiable and placed in the Tomb of the Unknown Solider in Arlington National Cemetery until 1998 when his body was exhumed and DNA testing positively identified him. He is now buried at the Jefferson Barracks National Cemetery.

The museum also has on display Ucinski Sr.’s World War II uniform with his Prisoner of War Medal; this “is something of his that holds real value to me,” Ucinski III said. His POW story is online along with several others, and on loan is the recent charter of Edward F. Ucinski Sr. American Legion Post 302 in St. Louis.

“For 51 years, my grandfather supported his fellow veterans through his membership in The American Legion. It is now my turn to do so on his behalf,” said Ucinski III, the first commander of Post 302. Last March, the St. Louis County Council proclaimed Post 302 as the POW/MIA American Legion post for the county.

“We want to make sure our families and our loved ones that have been lost, that their memory and their sacrifice will endure,” he said. “We want people to know what our organization is about in preserving the memory of our family and friends.”

American Legion posts in the St. Louis area can learn more about the Jefferson Barracks POW-MIA Museum and how to support its efforts by visiting https://jbpow-mia.org/.