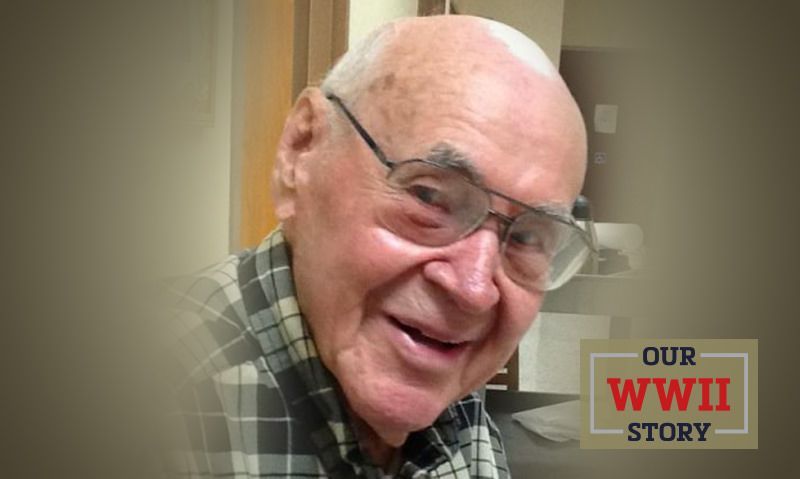 [Editor’s note: World War II veteran and Legionnaire William Sabel of Tavares, Fla., submitted the following story to Legiontown in 2013. He died in 2015.]

I was instrumental in introducing watermelons to the natives on a lonely South Pacific island during World War II. My mission was to establish a vegetable farm in the Solomons on the island of Kolombangara for the express purpose of furnishing fresh garden produce for the base hospital at Munda. It came about in this way:

Prior to my induction into the Army on April 14, 1941, I was a poultry farmer and always interested in gardening. For my basic training, I was sent to Camp Shelby, Miss., where I was supposed to remain for a year with the 113th Engineers. After the Japanese bombed Pearl Harbor and my Army career was extended indefinitely, I had the opportunity to become an officer by attending OCS (Officer Candidate School).

After receiving my commission, I was sent back to Camp Shelby to help train and organize the 350th Engineer General Service Regiment. After six months of training, we departed for the South Pacific in January 1943; our unknown destination was Espiritu Santo in the New Hebrides. Upon arrival, we were bivouacked in a cocoa bean plantation; I noticed the fertile dark soil where we had established our quarters, and I wondered if vegetables and flowers would grow here in the tropics.

I requested my parents, living in Chicago, to enclose a variety of seeds in the weekly airmail letters that we exchanged. As a consequence, outside of my living quarters at every base we were stationed, I planted a flower and vegetable garden. Being close to the equator, everything grew quickly and profusely in the warm, moist climate of the tropics.

As the war progressed to the north and the Japanese were driven from the recaptured islands, our unit was ordered to Munda in the Solomon Islands. When my platoon was constructing the general's mess hall, I noticed him puttering around a small garden he was starting. Evidently he was a garden enthusiast like myself. In the course of our conversation, I mentioned the garden I had on Santos and how successful it was.

When the Army garden project was being contemplated, he remembered my interest and spoke to my regimental commander about it. They suggested a vegetable farm be established on the nearby island of Kolombangara to augment the drab dehydrated menu that was served to the wounded men in the base hospital.

I was asked if I would be interested in taking on the project, and I accepted the challenge. After examining the records of the enlisted men in the regiment, I selected six who had prior agricultural experiences before their induction into the Army to help on the project. The British government, which had control of these islands, supplied 15 natives to help with the work.

A request was made to the Red Cross in Australia for vegetable seeds, and they sent quite a variety including a bushel of field corn, watermelon, lettuce, okra, cucumbers and others I can't remember.

I obtained a small bulldozer from our motor pool and also a single bottom plow. The U.S Navy supplied a landing craft for transportation to Kolombangara Island 5 miles away, an extinct volcano. The natives arrived at the garden site in canoes from their village on a nearby island and we went to work.

Prior to the war, this island had a British coconut plantation, and the Japanese in their bid to dominate the world had confiscated it. They had used the plantation as a fighter-based airfield to protect their main base at Munda and had cut the coconut trees flush with the ground for the landing strip. From the air, it looked like an ideal place to farm, except that the trees had been planted in a checkerboard pattern 20 feet apart and we could plow only a 10-foot strip between the stumps.

In three months fresh garden produce began flowing back to the base hospital at Munda, including many watermelons and cucumbers. It was gratifying to imagine the surprised reaction the patients in the hospital experienced when they were served a slice of ice-cold watermelon with their evening meal, and also other unexpected fresh vegetables, in place of the canned dehydrated foodstuff they had long been accustomed to. The native workers enjoyed the fresh watermelons as much as we did, and as they had not been familiar with this American fruit prior to the war, I demonstrated how to save the seeds and replant them. By means of the internet, I learned in 1998 that watermelons were still being grown on Kolombangara and neighboring islands.