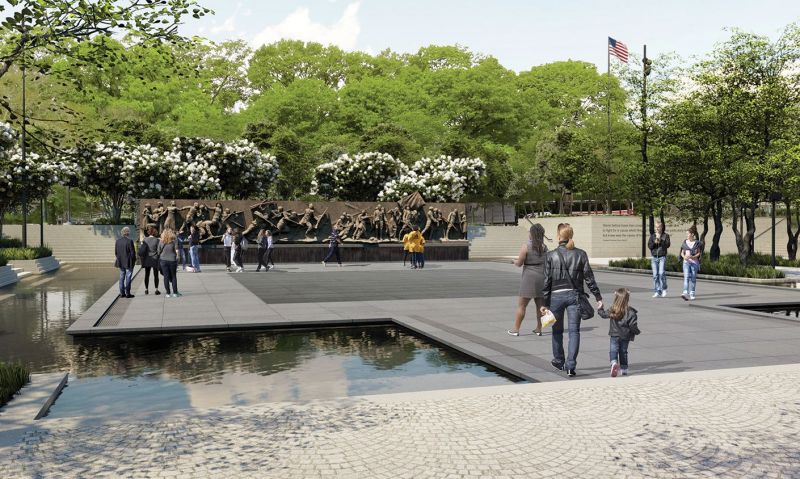 The U.S. flag will be raised above the soon-to-open National World War I Memorial in Washington, D.C., during a live broadcast program April 16.

The ceremony will commemorate the millions of Americans who served in the trenches and on the homefront, transforming the nation through the sacrifices they made and the ideals they bequeathed.

Set to begin at 10 a.m. Eastern time, the 75-minute broadcast will feature Oscar nominee Gary Sinise, as well as performances from the U.S. Army’s Band “Pershing’s Own,” the 369th Regiment Harlem Hellfighters Tribute Band and the original cast of the musical “Hello Girls.” Viewers will also hear insights from elected officials, military leaders, members of the U.S. World War One Centennial Commission and the memorial’s design team.

The flag that will wave over the memorial first flew over the U.S. Capitol April 6, 2017, commemorating the centennial of the day the United States went to war in 1917. It then flew over the American World War I battlefield cemeteries of Europe, honoring the 116,516 Americans who died during the war. The flag’s journey to Europe and back echoes that of the legendary doughboys, honoring those who gave their lives in battle and celebrating others’ triumphant return home.

Register to watch the broadcast here, and watch a promotional video here.