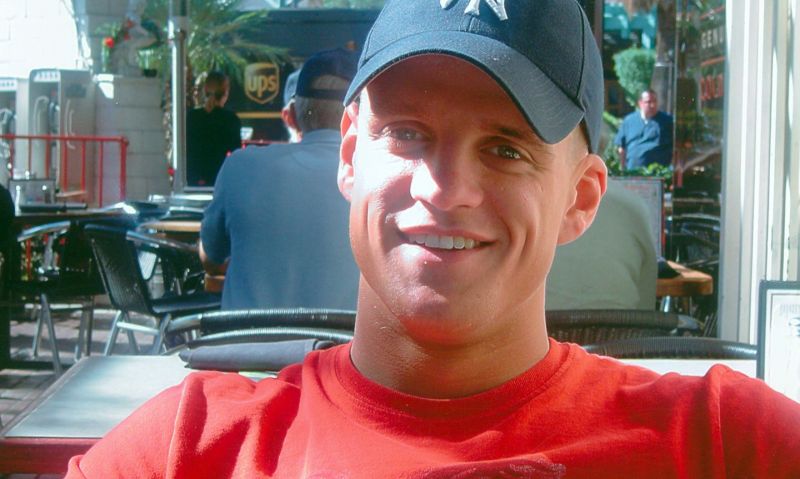 He posthumously received the Medal of Honor for his actions 17 years ago in Iraq, which saved the lives of his fellow Marines. (Read the citation that details his heroic actions.)

This year, Dunham will be memorialized in a fitting tribute on Memorial Day Weekend, which was the result of a collaboration involving The American Legion, Chip Ganassi Racing (CGR) and GEARWRENCH.

On May 30 at the Coca-Cola 600, Dunham’s name will be on NASCAR driver Kurt Busch’s No. 1 Chevy. On that same day, Tony Kanaan also will display Dunham’s name on the CGR No. 48 American Legion car during the NTT INDYCAR Series Indianapolis 500.

Dunham spent a good part of his youth involved in dirt track racing.

“Jason was competitive. He loved to challenge himself but he was never boastful or bragged about his accomplishments,” recalls his mother, Deb Dunham. “If he commented on an accomplishment it was just a statement and done in passing. But I honestly think having his name on a NASCAR car during a race is something he would be standing up and pointing out to his buddies, ‘Hey that's my name on the No. 1 car!’ But he would also be pointing out and noting ALL of the names on the cars. It would not just be his personal honor and joy. He would note all of the names and honor given to everyone on each of the cars.”

His love of cars began when his father, Dan, was involved in local dirt track racing. Deb says her husband’s career spanned over 20 years, involving Street Stock, Super Late Model Racing and Super Stock. All the Dunham kids attended the races as a family activity.

“The kids would help their father with jobs that they could handle for their ages,” Deb says. “No matter the class Dan was racing the kids have always been his biggest fans and cheering section. Jason was in the military for the last years of Dan's racing. After Jason's passing, Dan and his brother Tim raced again for a few years carrying Jason's name on their car.”

Jason was the oldest sibling, followed by Justin, Kyle and Katie.

His mother describes Jason as having “a joy and zest for life that was infectious.” You could see it in his eyes.

“You have heard the phrase ‘His eyes twinkled?’ Well, his really did. It is totally a real thing just not a phrase used in writing.”

Jason lived and conducted his life with kindness front and center.

“He always looked out for and championed the underdog,” Deb says. “He was willing to help if you needed it, he was quick with a joke or prank and was good natured when you played one on him. His smile was huge. If he wasn't smiling, he had that ‘grin’ on his face all the time.”

American Legion Executive Director Chanin Nuntavong, a Marine veteran, was instrumental in the initiative to recognize Dunham on the race cars. The honor was welcome but surprising to the Dunhams.

“When Sergeant Gunny Nuntavong called and asked if it would be acceptable with us if they could use Jason's name we honestly where at a loss of words,” Deb recalls. “We are a NASCAR family. We watched Kurt Busch as a rookie grow into the driver he is now. We have watched the sport change and grow over the years and quite honestly we always watch the Coca-Cola 600. The request both humbled us and gave us a great deal of pride that Jason was being asked to be included this year among all of the other military names that will be carried on all of the cars. The Chip Ganassi Race team has been amazing making sure they have Jason's information correct and taking care of our feelings at the loss of our son. This weekend and the honor of having Jason's name on Kurt's car is not just about Jason, it's about how NASCAR always honors the military and we are hoping that someone may take a page from NASCAR and remember to show the military among us the honor and respect they have earned.”

Justin and his wife, Amy, will be attending the race while the rest of the Dunham family will be watching from home.

Memorial Day weekend, of course, is not about car races or mattress sales. Deb and Dan, an Air Force veteran, ask for Americans to remember all fallen servicemembers.

“Memorial Day has been set as a day to remember our fallen warriors but it's only one day out of the year,” she says. “Jason's name is brought up because he received the Medal of Honor for his actions. What he, Dan and I want is for people to remember it's not just about one day that is set aside on the calendar in May. We have a volunteer military. They CHOOSE to give of themselves. Our country needs to remember that even though our country is not perfect we do enjoy a great deal of freedoms and privileges that many, many others do not get to enjoy or enjoy to the depths that we do in our country.”