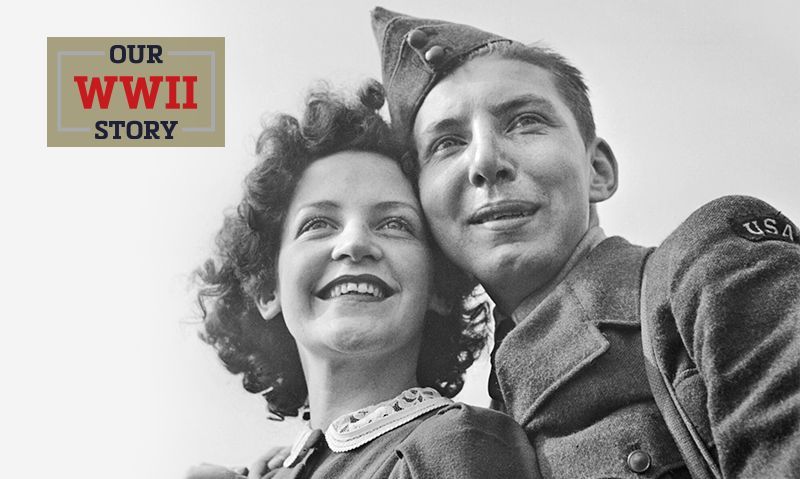 Of the 16 million or so single Americans who served during World War II, about 100,000 came home married to someone they met overseas. The problem then was getting their loved ones to the United States and, once here, obtaining U.S. citizenship for them.

The 27th American Legion National Convention took up the matter in November 1945 and passed a resolution designed to “facilitate the admission to this country of such nationals of other countries … married abroad to members of our armed forces, upon application of the citizen’s spouse.”

Provisions of the resolution included alerting local health-care authorities if “any such immigrants may be afflicted with excludable diseases or defects that are not quarantinable.”

On Dec. 28, 1945, the War Brides Act took effect, allowing spouses of service personnel to into the country without counting against federal immigration quotas of the time.

When the bill passed and the measure became Public Law 271, The American Legion claimed victory in the “fight for legal admission to the United States of an estimated 66,000 GI brides of World War II,” according to a national news release at the time. “However, these brides will face a two-year wait before they can become American citizens.”

The Department of Justice expected immigrant spouses to begin pouring into the United States in February 1946. “They will come from many European countries and from Australia and New Zealand,” the Legion release stated. Soon, it was clear that spouses from China and other Asian countries – including Japan – would greatly diversify the expectation.

1. Register with the American consul in (native) country.

3. On arrival in America, present the visa to port-of-entry officials who will forward it to the Commissioner of Immigration and Naturalization in Philadelphia.

4. Before completing two years of residence in the United States, file a preliminary petition for citizenship.

5. At the end of two years of residence, file a formal petition for citizenship.

6. Attend a court hearing to determine (eligibility) to be naturalized

In 1946, the American Legion’s National Transportation Committee noted that wartime demobilization was tying up transcontinental travel but that “preference was granted to returning servicemen and women, and reduced fares were authorized for dischargees. When this traffic had been taken care of, the movement of war brides from overseas theaters to this country began, and is continuing.”

More than 100,000 war spouses and children (natural and adopted) ultimately came to the United States during the life of the new law, which ended in 1948. It had been expanded at various times, removing barriers for Asian Indian, Filipino, Korean and Japanese spouses and fiancees.

The American Legion Family made it an organizational mission to welcome the foreign-born spouses and “make them feel at home in their new homeland,” according to the Americanism Commission’s 1950 Report to Congress. “More than 4,500 (American Legion Auxiliary) Units reported ‘I Am An American Day’ programs.”