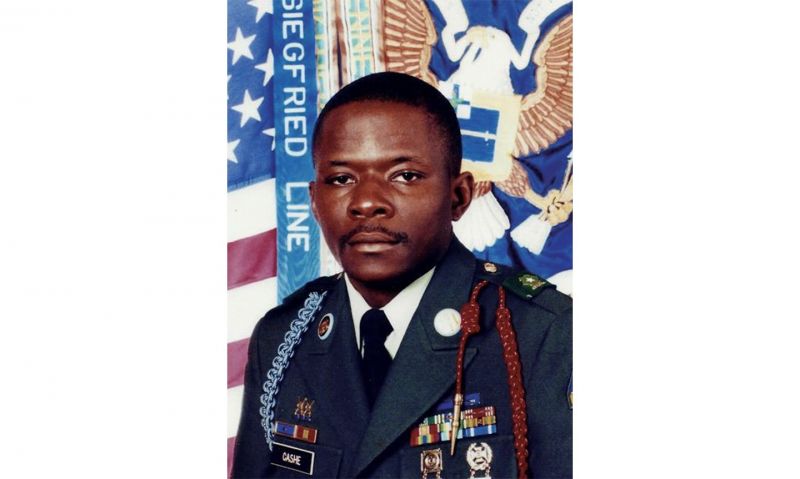 Army Sgt. 1st Class Alwyn C. Cashe will posthumously receive the Medal of Honor, the first Black servicemember to receive the highest award for valor since the Vietnam War, Newsweek reported on Wednesday.

Cashe sacrificed his life to save his comrades from a burning vehicle after it was struck by a roadside bomb in Iraq. Cashe suffered 2nd and 3rd-degree burns over 72% of his body and died three weeks later, Nov. 5, 2005, at Brooke Army Medical Center in San Antonio.

The ceremony, which is yet to be scheduled, will follow a years-long battle for recognition. Generally, federal law requires a Medal of Honor to be awarded within five years of the actions. However, Congress approved a waiver last September that set the stage for Cashe to receive the award.

Cashe, 35, was serving with Company A, 1st Battalion, 15th Infantry Regiment, 3rd Infantry Division outside Samarra city in central Iraq. On Oct. 17, 2005, he was riding in a Bradley Fighting Vehicle that rolled over a roadside bomb that exploded and the vehicle was quickly engulfed in flames.

According to his Silver Star citation, Cashe was relatively unharmed, but drenched in fuel. He made numerous trips to and from the burning vehicle to extract his comrades, even while his own clothing continued to catch fire. He suffered second- and third-degree burns on nearly three-fourths of his body. His actions saved the lives of seven others.

"Without regard for his personal safety," his posthumous Silver Star award citation reads, “Cashe pulled the driver from the vehicle after having already suffered minor injuries, and then rushed back inside three times to extract six trapped soldiers and their Iraqi interpreter as his own fuel-soaked uniform caught fire.”

The American Legion Tango Alpha Lima podcast has mentioned the case of Cashe several times, including this episode about Black History Month and this one that also includes a discussion about renaming of military bases after MOH recipients.