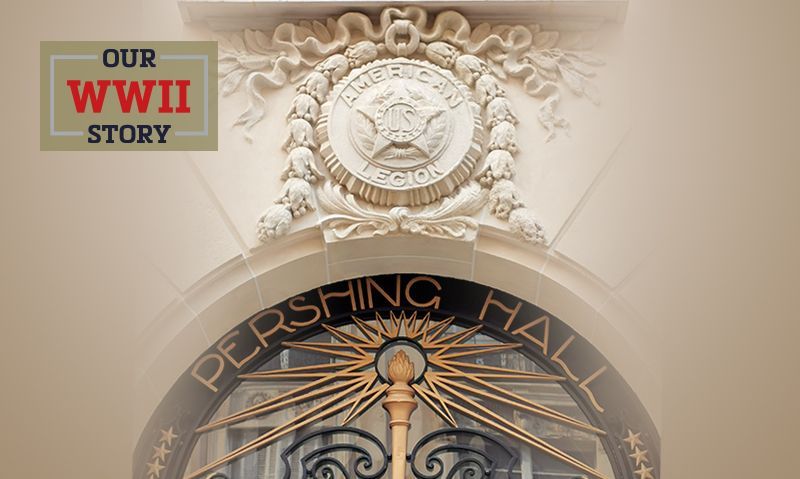 In September 1944, Paris Post 1 was relieved to report back to American Legion National Headquarters that Pershing Hall was intact after four years of German occupation of France.

World War II was still more than eight months away from fully ending in Europe when the announcement came that the historic memorial building in the heart of Paris, purchased for $190,000 in 1928 by The American Legion, “again becomes available for Legion uses … The building will be reopened. Such refurnishing as is required, due to the long period it was not in use, will be done, and it will be put to the service of American armed forces now in France.”

The American Legion Department of France had been forced to operate “in exile” in New York and Washington, D.C., during the German occupation between 1940 and 1944. According to an account from American Legion Post 1 in Paris, “the keys to Pershing Hall were turned over to the Swiss Embassy in Paris, and the building went unoccupied until after the liberation of Paris.”

The memorial building, to honor the sacrifices of the American Expeditionary Forces and AEF Commanding Gen. John Pershing, did not survive the Great Depression under American Legion ownership. In 1935, it was transferred to the U.S. government, which reconciled its tax debts, and Post 1 remained in place there, along with many works of art, artifacts and other items that originated with The American Legion.

In 1991, the building was transferred to the U.S. Department of Veterans Affairs, which later leased it out to a commercial five-star hotel and restaurant business. Attempts by VA to sell the historic memorial building outright have been opposed by The American Legion, which has called for its continued U.S. government ownership and federal control.