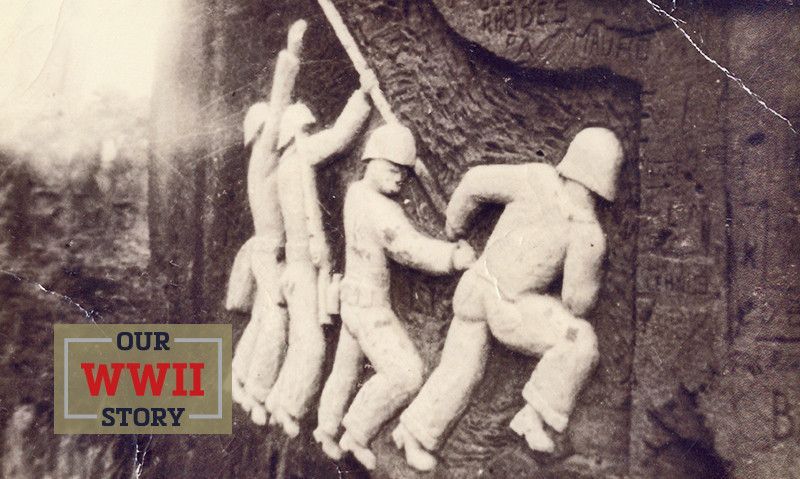 “I was stationed on Iwo Jima in 1949 with U.S. Air Force Air Traffic Control. As a roughly 2-mile-by-5-mile island, we got to cover most of it in our time off, including the underground caves. I took many photos, such as the planes that made it back but badly damaged. Not having the availability of repairing some, they were pushed over the edge of the cliff down to the Pacific beach, hundreds of feet.

“Other items of interest included a torture cave. A drop of water would drop on a person’s head, caged in, from an overhead tank. Another was an image of the flag-raising on lava rock, reportedly carved by a Marine.

“In 1950 I was sent to Haneda Air Base in Tokyo, then two tours in Korea (1950 police action, controlled air traffic at Taegu and Chinhae. Back to Haneda; then Suwon, Korea, in 1951 to open airfield K13.”