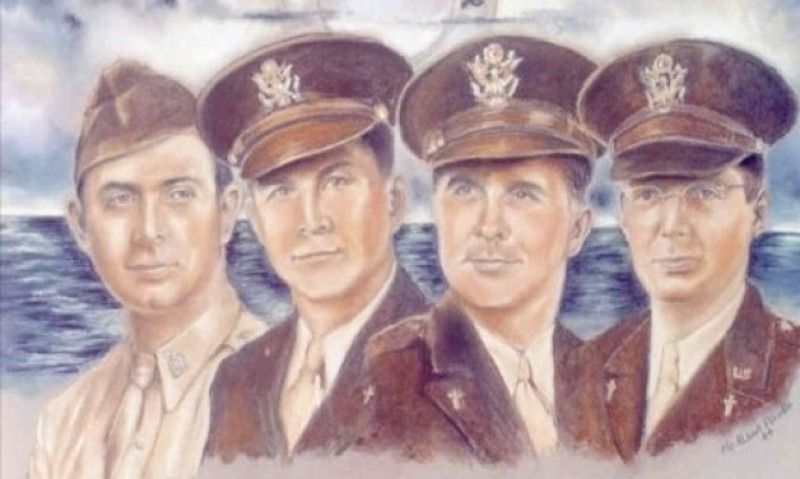 Sunday, Feb. 6, will mark the 79th anniversary of the sinking of the United States Army Transport Dorchester and the selfless acts of four Army chaplains aboard.

The Dorchester tragically sunk on Feb. 3, 1943, while crossing the North Atlantic, transporting troops to an American base in Greenland. A German U-boat fired a torpedo that struck the Dorchester, killing 672 of the 902 officers and enlisted men, merchant seamen and civilian workers aboard. Many of those survivors owe their lives to the courage and leadership exhibited by four chaplains of different faiths, who, in sacrificing their lives, created a unique legacy of brotherhood.

As soldiers rushed to lifeboats, Reverend George Fox (Methodist), Jewish Rabbi Alexander Goode, Reverend Clark Poling (Dutch Reformed) and Father John Washington (Roman Catholic) comforted the wounded and directed others to safety. One survivor watched the chaplains distribute life jackets, and when they ran out, they removed theirs and gave them to four young men .As the Dorchester sank, the chaplains were seen linked arm in arm, praying.

For a story about and biographies of the Four Chaplains, suggested introductory remarks, formats and music, and remarks for the candle lighting ceremony, download The American Legion Chaplain’s Handbook.

American Legion posts nationwide remember Four Chaplains Day with memorial services that pay tribute to the courageous chaplains and the brave young men who lost their lives on that fateful night. The following is an example of how to conduct a Four Chaplain’s service. Additional information is available in our Four Chaplains Day brochure.

To symbolize the tragic sinking of the Dorchester, there can be any number of focal points for the service such as four lifejackets or four empty seats.