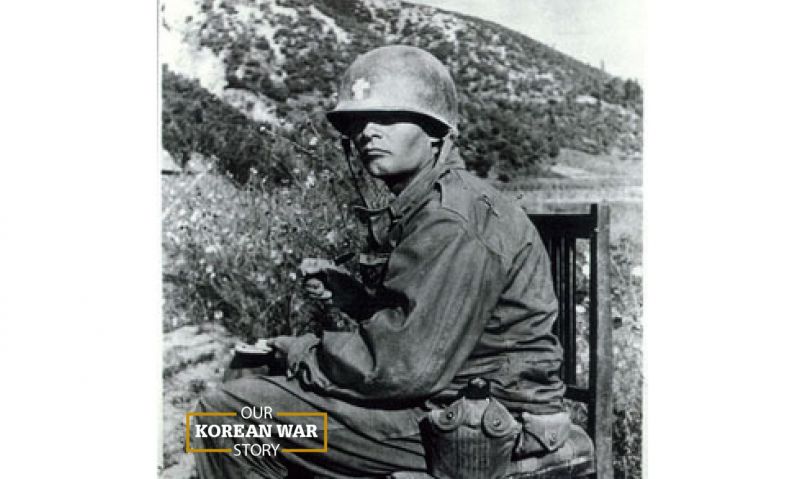 Chaplain (Capt.) Emil Kapaun writing a letter in Korea, circa 1950.

The Spring 1952 American Legion National Executive Committee made it clear that Korean War veterans were not to be forgotten. The Legion reiterated its legislative stand to expand GI Bill benefits, VA health-care access, home loans and more at a level commensurate with those who served during World War II.

And for those fighting in Asia, the Legion demanded resources be allocated to better supply the troops.

The NEC passed 13 resolutions in Indianapolis to improve conditions for Americans in the war and those who had come home disabled by it.

“One-third of all resolutions adopted by the NEC at this spring meeting dealt with the problems and needs of Korean veterans,” American Legion National Commander Donald R. Wilson said. “It certainly demonstrated the deep and genuine interest of The American Legion in the men and women who are defending America today.”

The Legion had been highly alarmed by reports that ammunition was in such short supply that it had to be rationed and that weapons and ammo production were not running at wartime pace. One other benefit the NEC urged: free letter-mailing for members of the Armed Forces, no matter where they were deployed or hospitalized. The National Security Commission also pushed forward a resolution to step up production of U.S. Air Force aircraft.

At the time, The American Legion was fighting proposed major VA budget cuts proposed to take place in 1953. The American Legion News Service reported that the growing casualty load from the Korean War and any reduction of VA services “would inflict a special hardship on combat disabled now returning from the Far Eastern fighting fronts by forcing the closure of numerous hospitals.”

The Legion also called for GI Bill of Rights unemployment compensation for the Korean War veterans that would include $25 per week for a maximum of 26 weeks. The Servicemen’s Readjustment Act of 1944 had set $20 per week for 52 weeks, a duration rarely exceeded by the GIs.

The Korean War GI Bill resolution – and congressional pursuits in enact it – were driven by Resolution 311, passed at the 1951 National Convention in Miami to “extend all rights, privileges and benefits accorded to veterans of World War II to veterans with active military, naval or air service in the Armed Forces of the United States between June 27, 1950, and such date as shall thereafter be determined by presidential proclamation or concurrent resolution of Congress.”