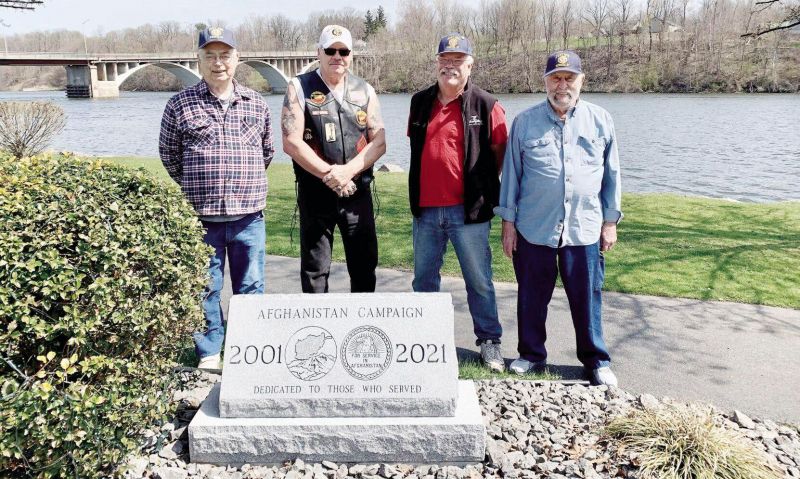 “We felt Afghanistan veterans should have their own monument also,” said Post 486 Commander Donald Phillips. “We had soldiers that were wounded and killed over there, and they should be represented with their own personal stone.”

The idea for the monument came about at a Post 486 meeting. A monument honored American veterans from other conflicts in the park but not Afghanistan, so the Legionnaires felt called to “show respect to all the soldiers form the Afghanistan War,” Phillips said.

Post members designed the monument, had it locally made and paid the cost of over $3,000.

“It’s a duty of veterans to let everyone know that we gave up our time and a lot of us gave up our lives. For veterans who have returned from Afghanistan, something should be said to honor and recognize their service,” said Post 486 Adjutant John Mantaro to Oswego County News Now.