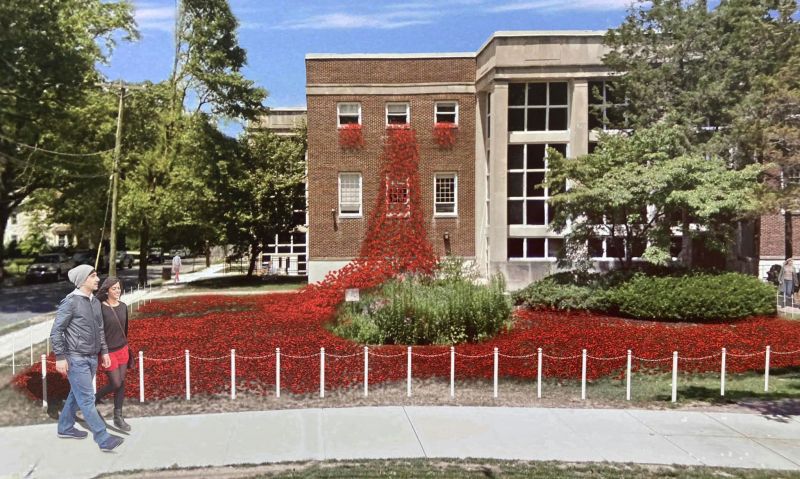 After two years of either being entirely cancelled or rerouted, the Ride for America returns on Memorial Day for the 24th year. Co-founded by M. Stan Mauldin, an American Legion Rider and past commander of American Legion Post 233 in Loganville, Ga., the ride raises money for a variety of charitable causes, including The American Legion Legacy Scholarship Fund.

More than 850 motorcycles took part in the escorted ride in 2021, which had to be rerouted because of COVID-19 restrictions. This year’s ride will travel from Loganville to Madison; following a Memorial Day ceremony, the ride heads back to Post 233 for lunch, music and prizes.

“The last two years were tough for many of us, including the families that we support,” Mauldin said on the event’s website. “The United States of America is the greatest nation in the world, so the Ride for America volunteers believe that we will once again ride with pride and support our veterans.”

Further north and east, Memorial Day will be the backdrop for the unveiling of New Jersey Legionnaire Joe McElroy’s Project Poppy. A member of Post 38 in Haddonfield, McElroy came up with the idea for the project after seeing the “Blood Swept Lands and Seas of Red” ceramic poppy display at the Tower of London.

McElroy worked with Haddonfield resident Lisa Quanci and other local volunteers to create Project Poppy, which consists of 3,837 poppies being installed at Haddonfield Memorial High School. The amount represents the number of New Jersey men killed during World War I.

The Memorial Day installation ceremony will include remarks by Post 38 Commander Stephen Pecorelli and Haddonfield Mayor Colleen Bianco Bezich, military honors, placing of flags representing each U.S. war and the reading of “In Flanders Field by the Haddonfield Memorial High School Honor Society.

“We’re very detached from the people who maintain our freedom,” McElroy told The Sun Newspapers. “Memorial Day is a day to remind ourselves of those who paid the price for that freedom.”

The following are a few more examples of how American Legion Family members have or will be commemorating Memorial Day. Please let us know how you did so by sharing your stories and photos at www.legiontown.org.

In Carlisle, Rollie Crowder Post 133 Carlisle will place flags on servicembers’ graves in at least three cemeteries on May 28 for the fifth year. They will be assisted by members of Post 133’s American Legion Baseball team and a local Boy Scout troop. The public is invited to participate in the effort.

In San Diego, American Legion Post 6 will conduct a Memorial Day ceremony at Greenwood Memorial Park. Post 6’s honor guard will lead the ceremony, which will include a guest singer.

In Newport Beach, American Legion Post 291’s honor guard will conduct a ceremony at Pacific View Cemetery and then later on in the day a similar ceremony at the post.

In Colorado Springs, Neal Thomas Jr. Centennial Post 209’s honor guard will render a rifle salute during the ceremony at Pikes Peak National Cemetery. National Membership & Post Activities Committee Chairman Jay Bowen, a member of Post 209, will be the guest speaker at the ceremony, which is expected to be attended by more than 400 people.

In West Hartford, American Legion Hayes-Velhage Post 96’s 100th birthday will coincide with the town’s Memorial Day parade and ceremony. U.S. Marine Corps Lt. Gen Edward Banta will serve as the keynote speaker for the ceremony and grand marshal for the parade, which will include local high school bands, marching groups from veterans and community organizations, police and fire departments, Scout units, sports teams and town officials, and a C-130 flyover.

Paris Post 1 will conduct several ceremonies, including at the American Legion-AVA Iron Mike park at La Fiere near Sainte Mere Eglise, in Normandy, France. Post 1 Vice Commander Valerie Prehoda will be presenting a wreath on behalf of The American Legion.

Rehfeldt-Meyer American Legion Post 474 is teaming with the Village of Matteson for “A Day of Remembrance Memorial Day Parade & Concert.” The day will include a pre-ceremony at the post before a parade, which will be followed by another ceremony at the post, as well as a “Battle of the Bands” between local schools that will transition into a Memorial Day concert.

In Knoxville, Iowa, American Legion Post 168 placed 1,200 flags on the graves of veterans buried in the area on May 24, and on May 26 the post decorated Graceland Cemetery with the Avenue of Flags and followed with a short ceremony. The flags will be taken down May 31.

American Legion Riders Chapter 471 in Portsmouth, Ohio, is teaming up with American Legion Post 276 in South Shore, Ky., for a community event on Memorial Day. The event will take place at Post 276 and will include free hot dogs, free bounces houses for children and free entertainment.

Post 471 also is doing a 50/50 drawing and will raffle off a Harley-Davidson Sportster and Michael Kors handbag. Post 471 also will use the event to sign up new members.

On Memorial Day, Berkley American Legion Stanley J. Fons Post 374 is conducting ceremonies at 11 a.m. at the City Hall Gazebo and at the post at noon. The post is teaming up with the Daughters of the American Revolution and The Royal Canadian Legion to conduct the ceremonies.

After having to take a break due to COVID-19, American Legion Post 305 in Cole Camp is resuming its Memorial Day tradition of visiting local cemeteries to honor the veterans buried there.

American Legion Post 43 in Florham Park is conducting a parade and then hosting a picnic. The post’s parade has been a Memorial Day tradition for more than 70 years.

After having to conduct a small ceremony the past two years, Post 15’s American Legion Family in Poland is bringing back its annual Memorial Day parade. Post 15 is inviting all World War II veterans in the area to serve as grand marshals. A car will be provided in which veterans can ride.

American Legion Post 193’s Legion Family and the town of Chapin are teaming up to conduct an outdoor Memorial Day ceremony at Chapin Town Hall. An indoor reception will follow the ceremony.