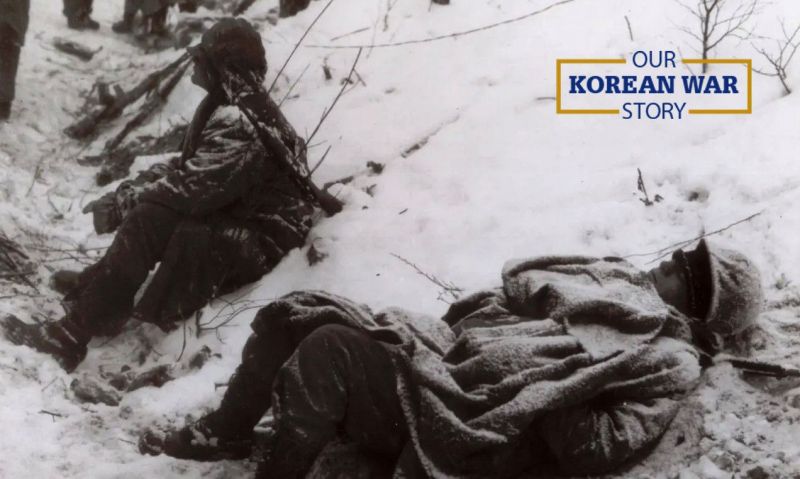 U.S. Marines sit covered with ice and snow in at the Battle of Chosin Reservoir in North Korea, December 1950.

By the summer of 1952, the issue of an ill-equipped U.S. fighting force raised the ire of The American Legion. As the nation was leading the world in civilian consumer manufacturing, retired Brig. Gen. Robert Wood Johnson asked the question: “What stands between our productive genius on the home front and the delivery of top-quality fighting hardware to the combat fronts of air, land and sea?”

In the August 1952 American Legion Magazine, he looked back on a history of inadequate U.S. military preparation. In World War I, he noted, the French were far ahead of the Americans in artillery and fighter aircraft. “It can be said that WWI caught us by surprise,” he wrote. “We had enjoyed peace for a generation and might have been excused for our unpreparedness.”

After World War I, The American Legion persistently called for better U.S. military preparedness and fought for decades to establish universal military training so the nation would be better able to defend itself in the event of another war.

Unfortunately, the War Production Board vice chairman noted that “World War II found us without a combat tank and with none on the drawing boards. Through an effort little short of upheaval, we finally put in Africa tanks so limited in design that the turret gun could only swing half an arc … our boys were sitting ducks.”

American Legion National Commander Donald R. Wilson posed a question in the introduction to Wood Johnson’s article: “Why, in spite of $60 billion appropriated since V-J Day, are we still giving our fighting men inferior and obsolete equipment, and not in great quantities either? Where are the bottlenecks and who is responsible for the delays?”

The situation for Americans fighting in the Korean War was deplorable. “Although winter always follows autumn, our people – by the record – failed to issue winter clothing to our troops, including those on the torturous retreat from Supung Dam on the Yalu River. Can any of us ever forget the pictures of those half-frozen GIs … ?”

Wood Johnson made the point that lack of funding and production imperiled U.S. military operations early in World War I and World War II, but the United States ultimately rebounded and made the investments to emerge victorious. By the Korean War, he wrote, America should have been better educated about how to prepare, especially early, for warfare.

Military funding heading into the Korean War, he argued, was not the issue, as it was before World War I and World War II. “Now $60 billion is a great sum of money, and we have the right to expect the best tank, the world’s best bazooka, the world’s best fighter airplane, reconnaissance ship and bomber.”

That expectation however, was unmet. “When we match the industrial resources of the United States against those of Russia and then acknowledge that Russia has a better tank, it is a sad commentary on the design and procurement departments of our military and on the ingenuity of American engineers.”

Wood Johnson called for a civilian administration of executives from “outside of civil service” to be assembled, paid well and put to work establishing an altogether new approach to adequately arming and supplying the U.S. Armed Forces. He recommended three-month tours of duty for these executives who would “take part in high-level discussions and decisions dealing with tables of requirements and the procurement of weapons and materiel.”

The writer also suggested transferring defense production decision-making out of Washington and “back to the production front. Let Washington move to our factories where the jobs are really done.” The retired brigadier general admitted that such decentralization was unlikely. “The truth is that officials in central management seem to have inherent appetite for power of decision and are constantly grasping for control.”

Furthermore, he wrote: “Bring in the combat people.” He said military production efficiency and capability would benefit greatly through closer consultation from those who would be called upon to fly the jets, operate the tanks and pilot the submarines.

1.     “A far greater degree of decentralization.”

2.     “A procurement authority staffed by our best brains. These men would sit in executive session during peace and war.”

“Of one thing we may all be sure – we cannot ask our men to face the enemy with anything less than the best weapons.” As the Korean War neared its second year of U.S. military engagement, it was becoming clear that no lesson had been learned from the lack of U.S. preparation at the beginnings of the two previous major wars.