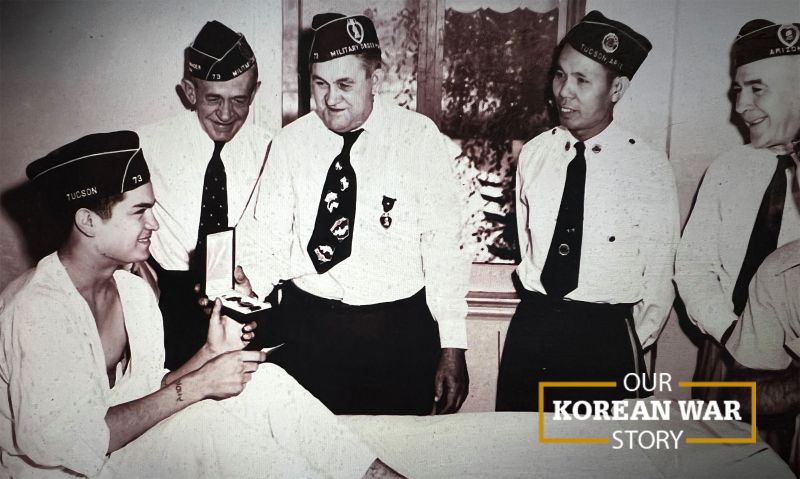 Newly discharged 21-year-old Marine Corps Cpl. David R. Arellano Jr., came home with war injuries, had a tumor in his neck in 1951 and went to the Veterans Administration hospital in Tucson for treatment. He was denied admission and sent to the old Pima County Hospital for the poor.

The reason he couldn’t get into the VA, as reported by American Legion National Headquarters: “He was refused treatment by the medical director on the ground that he was not a war veteran within the meaning of the law. The VA official also stated, ‘If it (Korea) isn't a war, I'd like to know what the hell it is!’”

The American Legion’s field service went to work, sharing the story of Arellano Jr. with the Associated Press and other outlets. The public was outraged, and American Legion National Commander Erle Cocke Jr. fired off a telegram to Washington demanding urgent change.

And urgently, it happened.

The story broke on May 10, 1951, and the next day, joint resolutions from both houses of Congress were rushed to passage. President Truman signed Public Law 28 on May 11. “As a result, honorably discharged veterans of the fighting in the Korean hills and rice paddies, now are entitled to hospitalization, medical care, domiciliary treatment and burial benefits,” The American Legion News Service reported.

The Legion had been pushing for a Korean Vets’ Bill of Rights for nearly a year when action finally came. “Congress finally has got around to recognizing the ‘police action’ in Korea as a full-fledged war, a fact which The American Legion had been shouting from the rooftops since last July in seeking veteran status for American fighting men and women of that conflict,” The American Legion reported. “It took the full force of public opinion to arouse the Congress to action.”

Congress “reacted with a speed seldom seen in Washington. Before nightfall of May 11 – in less than 24 hours – the American Legion-sponsored legislation had been passed by the House and the Senate and signed into law by the President.”

The new law provided “that any person who shall have served in the active service in the Armed Forces of the United States on or after June 27, 1950, and prior to such date shall thereafter be determined by presidential proclamation or concurrent resolution of the Congress, shall, subject to other provisions of law and veterans’ regulations, administered by the Veterans Administration, be entitled to benefits of medical, hospital, domiciliary and burial benefits, and they and their dependents shall be entitled to compensation or pension provided by law for persons who served the period of World War II.”