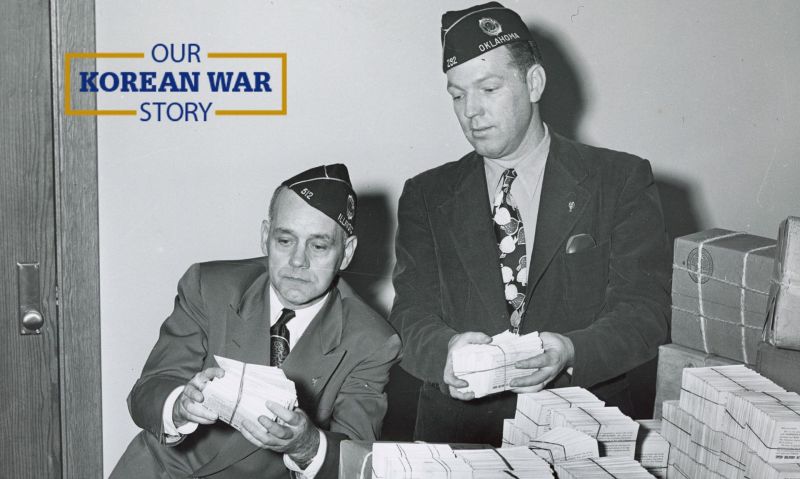 The addition of Korean War Legionnaires led to a burst of new membership applications, including 40,000 in one day, as reported by then-Membership and Post Activities Director Charles M. Wilson, left, and his assistant Robert Marr, in 1951.

Six months after U.S. forces entered the fight to protect Korea from a complete communist overthrow, veterans from the war were granted membership in The American Legion, retroactive to June 25, 1950, and “ending with the official cessation of hostilities whenever proclaimed by the government.”

The American Legion, which famously first saw itself as an organization built to fade away with the last veterans of World War I, now had its third generation of wartime veterans. “The immediate effect is to make potential Legionnaires of the estimated 2,500,000 men and women now in the Armed Forces, subject only to their honorable separation from service,” the American Legion News Service reported on the Dec. 28, 1950, enactment of Public Law 895, signed by Legionnaire/President Harry Truman.

The House passed the bill to change the Legion’s charter on Dec. 18, 1950, following earlier Senate approval.

The 32nd American Legion National Convention, in Los Angeles, authorized legislative action in October that year to expand membership, and Sen. Herbert O’Conor, D-Md., a World War I Navy veteran, introduced the Senate bill that led to the constitutional change.