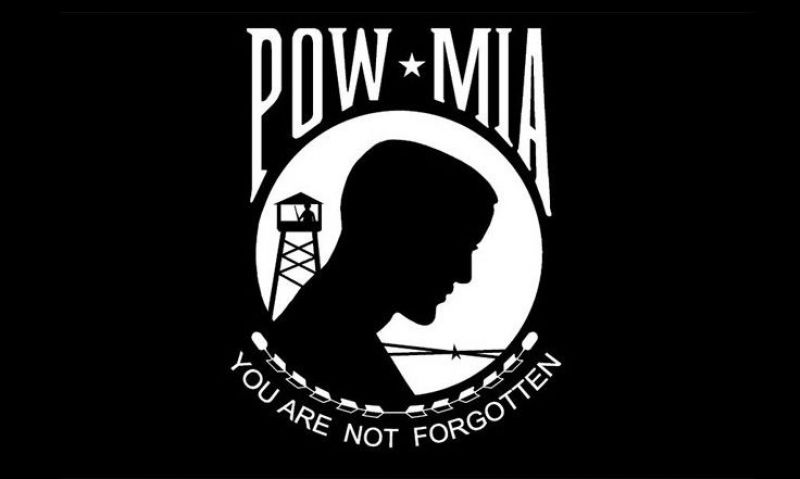 Sept. 16 is National POW/MIA Recognition Day, held each year on the third Friday of September. The Defense POW/MIA Accounting Agency (DPAA) reported at the 103rd American Legion National Convention in Milwaukee in August that from World War II to the present, 82,500 servicemembers are unaccounted for.

The Legion remains committed to achieving a full accounting of all U.S. servicemembers from all war eras who are either imprisoned or listed as missing in action. As part of this commitment, it encourages a return of living POWs, repatriation of the remains of the fallen from war zones abroad, or a determination through convincing evidence that neither is possible, as per Resolution 22 from the 99th National Convention.

As part of the day of recognition, Americans are asked to pause and reflect on the sacrifices made by the military men and women who are imprisoned or unaccounted for as a result of their military service. Individuals and businesses should also fly their POW/MIA flags. Rallies and ceremonies are held throughout the nation to honor those U.S. servicemembers who have yet to return home, and the families left behind without closure as to the fate of their loved ones.

American Legion Family members are encouraged to share how they observe POW/MIA Recognition Day by posting stories on the popular Legiontown website, www.legiontown.org. In 2021, members of Post 110 of Virginia Beach, Va., observed POW/MIA Recognition Day by laying a memorial wreath at the POW/MIA Flame of Hope Memorial near Naval Air Station Oceana; meanwhile, the Florida American Legion Riders held their first POW/MIA Remembrance Ride the next day. Around 160 motorcycles and more than 200 participants took part in the ride.