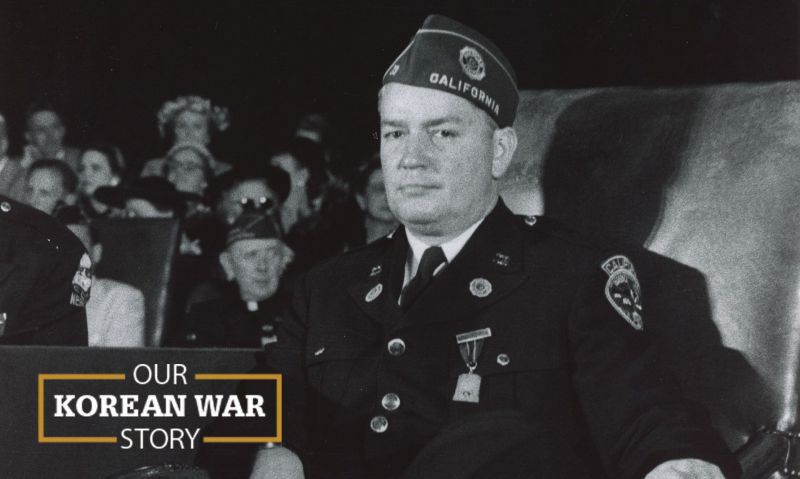 His key purpose: “We intend to carry to American servicemen and women stationed in the Far East a message that they have not been forgotten by the world's largest veteran organization.”

Meeting with officers, front-line personnel and troops recovering in military hospitals, he wanted to share news of The American Legion’s accomplishments in Washington on their behalf.

“We shall give them information regarding the Korean GI Bill of Rights, sponsored by The American Legion and recently enacted by Congress,” he explained. “The major portion of our time will be spent with the military units actively engaged in the current Korean campaign.” After looking over the battle fronts, Commander Gough said in a statement given to the press at Seoul that the United Nations should hand the communists in Korea an armistice ultimatum and “prepare to wage all-out war if the enemy ignores it,” The American Legion Magazine reported in December 1952. “He called upon the President, the President-elect and leaders of the new Congress to set aside all political considerations and take whatever steps are necessary, without delay, to put an end to the continuing casualty lists of American boys, and to demand that notice be served on the communist leaders that we will no longer countenance any delaying tactics.”

Prior to his Oct. 20 departure – which would include stops at the American Legion departments of Hawaii and the Philippines, as well as visits to Tokyo, Okinawa and Formosa – Gough told the National Executive Committee that the trip would give him firsthand knowledge of conditions faced by the troops and their concerns about life after discharge.

Morale was another priority for Gough, who told the NEC, he wanted to “let them know that at least one segment of our population has not forgotten them and does not turn its head the other way when the word ‘Korea’ is mentioned.”