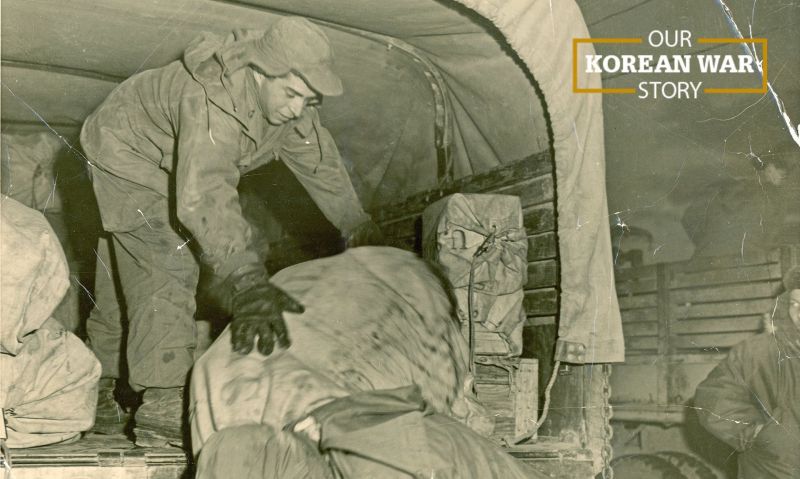 California Legionnaire Tony Zummo, 92, remembers the muddy roads, spies claiming to be road workers, freezing cold temperatures, rats that would gnaw into body bags, holiday mail for soldiers spending Christmas 1951 at war and monkeys that were trained to toss little cherry bombs at Americans to blind them.

Zummo served in the Army Grave Registration Service after turning 21 in basic training at Fort Ord, Calif. Drafted into the Korean War, he did not experience combat, but he saw its grim effects. His mission was to transport bagged bodies in from the field.

“We had bodies all the time, three or four at a time,” Zummo recently told The American Legion. “They would put them in rubberized bags.” At night, he added, “if we didn’t rotate the bodies, the rats would come to eat the petroleum bags and chew the bodies.”

He vividly remembers his wartime experience.

He recalls the reason for duplicate dog tags – one to send home to grieving families, the other to help identify the fallen inside the bags. Zummo’s job typically included two important objectives: transport the dead from the field and return to the battlefield units with their mail.

“It rained most of the time and snowed quite heavily, down to minus 28 degrees, and I had to drive through that. If I didn’t get the bodies turned in, the rats would get them. And picking up the mail was important because it was the holidays.”

In 2010, Zummo was featured in the Inland Valley Daily Bulletin and told of shipping out to Korea on the USS Thomas Jefferson where the soldiers slept “in the bottom of the ship on bunks about 12 inches between each bunk.”

Once in Korea, as a truck driver, he served near the Headquarters Service Compound as others from his southern California neighborhood were sent to the front-line fighting, some of whom never made it home alive. Now that his sergeant in the war, “Smitty,” recently passed away, Zummo says he is about “the only one left.”

His grim role in the war, he said, has never left his memory. One officer, he explained, was burned to death and had to be recovered with a helicopter. When the body was transferred to Zummo’s truck, the smell was nearly unbearable. He said an MP stopped him on the road for driving too fast and soon discovered why. “The truck smelled of dead body for about a week.”

And then there were the monkeys. “The Chinese trained them, and we would sometimes capture them,” Zummo said. “They were very friendly. They would hop around and come in your foxhole and on a certain command, they would have these little cherry bombs they would throw, and they could blind you.”

Among his photos from the war are images of other soldiers with captured monkeys, Sgt. Smitty crossing a swollen river in a jeep and scenes from the 38th Parallel. “I remember everything very clearly,” he says.

He served two years during the Korean War and, once he was discharged, returned to his old job at Sears, where he worked another 40 years, and was active in community service, particularly youth programs, along with participation in The American Legion and Veterans of Foreign Wars.