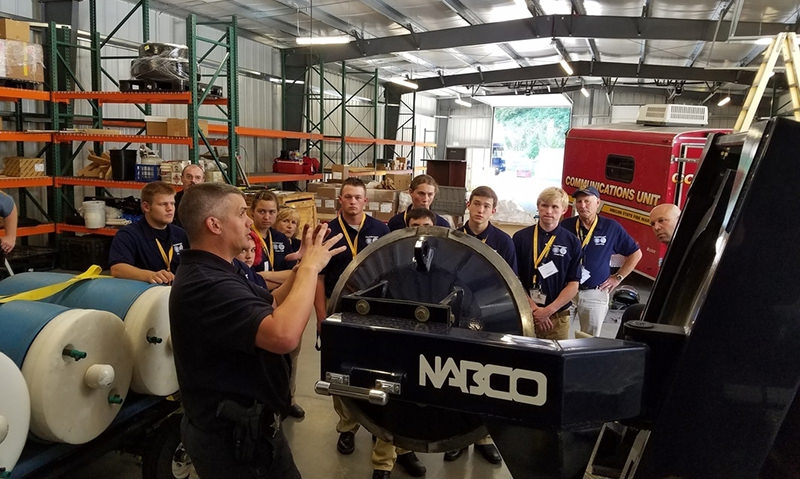 The Department of Oregon’s Law Enforcement Career Camp continues to grow since its inception in 2015.

“We would like to be the premier camp for high schoolers thinking about (a career in) law enforcement,” said Betty Fish-Ferguson, chair of the camp.

The camp is held each summer in collaboration with the Oregon State Police. Students ages 15-17 spend a week at the Oregon Public Safety Academy in Salem.

Past Department Commander Jim Willis, a retired Oregon State Police officer who serves on the National Youth Cadet Law Enforcement Committee, spearheaded the effort to bring a camp to the state.

“It’s primarily to the outreach from the districts and the posts getting us high-caliber students to attend,” Fish-Ferguson said. “It was absolutely a fabulous camp this year. And we’ve had phenomenal support from the Oregon State Police.”

Because the camp takes place at the Oregon Public Safety Academy, the students get to see firsthand what those training for service in the state police go through. She said two state police classes graduated from the academy during the week of the camp.