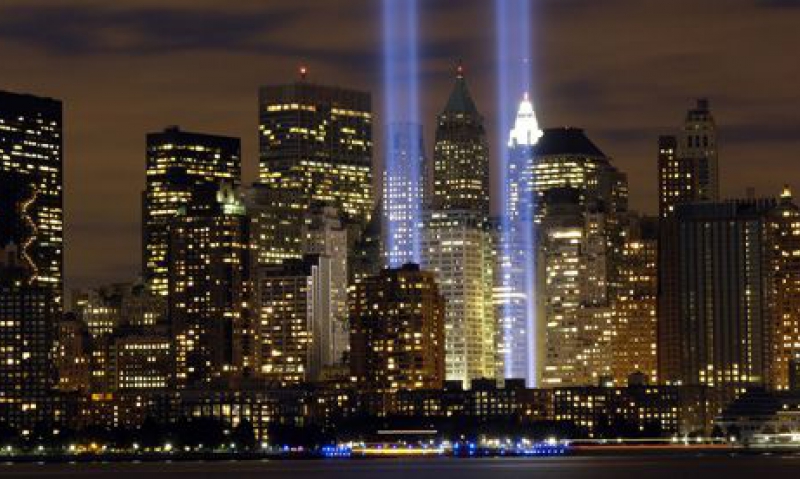 The Tribute in Light memorial shines in remembrance honoring those citizens who lost their lives in the 9/11 World Trade Center attacks. U.S. Air Force photo

The long hunt for al-Qaida leader Osama bin Laden, which began in the 1990s and led from Saudi Arabia and Sudan to Afghanistan and Pakistan, ended with a daring strike by U.S. special-operations forces at the tip of the spear in an Islamabad suburb, guided to their target by hundreds of intelligence agents around the world. Like 9/11, news of the successful takedown of bin Laden – call it “V-O Day” – came like a bolt of lightning, jolting the nation out of its obsession with trivial things, exposing the unforgivable duplicity of a supposed ally, and reminding us that America is very much at war.

Let’s start with the way V-O Day has jolted the United States. Amazingly and unexpectedly, our postmodern culture didn’t apologize for, anguish over, deconstruct or lament the elimination of bin Laden. Instead, the event prompted college kids to take to the streets and spontaneously sing “The Star-Spangled Banner” while waving the American flag. Americans from all walks of life unfurled “Don’t Tread on Me” flags in front of the White House, chanted “USA!” in Times Square, and climbed up trees to hoist the colors – our colors – high. Anything that can make this distracted, narrow-cast nation feel proud and patriotic, even if only for a day, is a good thing. And anything that can make today’s crop of college students – poisoned by years of moral relativism and politically correct bunk, equating all uses of force as the same, teaching that nothing is worth fighting for or against, and blaming terrorism on everything other than the terrorists – wave Old Glory is wonderful and wondrous.

Americans have every reason to be proud. Of course, we had every reason to be proud before V-O Day, too. This is a great country that can do great things in war and in peace, with a great political system that can sustain and win long, twilight struggles, guarded by a great military that is amazing because of what it does to protect the innocent, liberate the oppressed and rescue the helpless.

Never forget that as America’s elite strike force of Navy SEALs hunted down a mass murderer masquerading as a holy man, other U.S. forces were feeding the hungry in sub-Saharan Africa; trying to stop a massacre in Libya; nurturing a fragile peace in Iraq; building bridges while fighting bin Laden’s Taliban partners in Afghanistan; and searching for pirates off the Horn of Africa. In the past decade-plus, they have liberated Iraqis and Afghans from vast prison states; shielded Kosovars and Kurds, Kuwaitis and Koreans; and rescued Haiti, Pakistan, Sumatra and Japan after disasters of biblical proportions. In fact, the ship that quite literally buried bin Laden – USS Carl Vinson – was off the coast of Haiti a year earlier, leading a massive post-quake humanitarian relief mission. Doubtless, many of those SEALs were waging peace in some forgotten, friendless land before they received their orders to deliver justice on the outskirts of Islamabad.

That debate has now been settled. SEAL Team 6 did not find bin Laden hiding in some remote cave on the Afghanistan-Pakistan border. In fact, he was in a mansion just miles outside Pakistan’s capital, quite literally hiding in plain sight, in a city that serves as a garrison for Pakistani troops, a host to the Pakistani military academy and a retirement destination for Pakistani military brass. We’ve seen the bin Laden compound, jutting up from the surrounding neighborhoods. It’s impossible to believe that Pakistani military and intelligence personnel in the area – or government officials in nearby Islamabad – were unaware that the most wanted man on earth was living next door.

Finally, the fact that bin Laden was killed not by some faceless drone, but by America’s fighting men flying into hostile territory, busting through steel and concrete and striking at close range, serves as a reminder that this is war. A battle has been won, but the war goes on.

Just as the targets on 9/11 were symbolic to the enemy, so is the killing of Osama bin Laden largely symbolic. It’s a potent symbol, to be sure. It sends a powerful message about America’s resolve, resilience and reach. But it doesn’t win the war that was joined on September 12, 2001. The jihadists and their patrons and partners killed Americans before and after 9/11, with and without bin Laden’s direction. And they will continue their war until their leaders and foot soldiers meet the same fate as bin Laden.