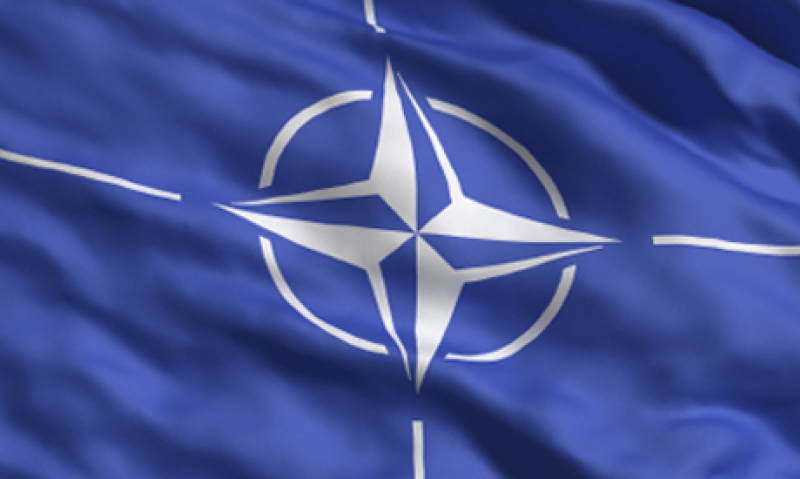 After its founding fathers met in Washington to create NATO in 1949, Lord Ismay, the alliance’s first secretary general, described the organization’s mission as “keeping the Russians out, the Americans in, and the Germans down.”

Much has changed in the decades since. The alliance that once defended Western Europe from a Soviet invasion now enfolds the Warsaw Pact and three former Soviet republics, keeps the peace in Kosovo, wages war in Afghanistan, fights piracy off the Horn of Africa, transports African Union peacekeepers, trains Iraqi soldiers, prods the German army to be more active, and even collaborates with Moscow on major security issues, such as supplying NATO’s mission in Afghanistan.

The Parties to this Treaty ... seek to promote stability and well-being in the North Atlantic area. They are resolved to unite their efforts for collective defense and for the preservation of peace and security.

NATO’s founders were deliberately vague about defining the North Atlantic area. It’s obviously not just the region bordering the Atlantic Ocean. After all, Italy, Luxembourg, Turkey and Greece, which joined between 1949 and 1952, don’t border the Atlantic. Yet, for the security and well-being of the entire alliance, NATO accommodated these landlocked or Mediterranean or Asian countries. In the same way, between 1999 and today, NATO has expanded to include Eastern Europe, most of the Balkans and three former Soviet states.

Article 2 – The Parties will contribute toward the further development of peaceful and friendly international relations... They will seek to eliminate conflict in their international economic policies and will encourage economic collaboration between any or all of them.

NATO has certainly succeeded in this. Not only did it deter the Soviet Union – thus keeping peace during the Cold War and enabling Europe to evolve into a free-trade zone – its eastward expansion after the Cold War offered security to most of the orphan states of Eastern Europe, smothered Slobodan Milosevic’s wars and settled many lingering territorial disputes. And at some $32.4 trillion, the total GDP of NATO nations equals 45 percent of the world economy. Total trade between the United States and its NATO partners was $1.11 trillion in 2007.

Article 3 – In order more effectively to achieve the objectives of this Treaty, the Parties, separately and jointly... will maintain and develop their individual and collective capacity to resist armed attack.

Here, most of the alliance is failing. The United States spends about 4 percent of its GDP on defense, but only six NATO members meet the alliance’s standard of investing 2 percent of GDP on defense. NATO is suffering as a consequence: members have to hitch rides with the U.S. Air Force or rent Soviet-era transports to deploy to Afghanistan, they lack helicopters to move across the mountainous country, and they “are not trained in counterinsurgency,” in the words of Defense Secretary Robert Gates.

Article 4 – The Parties will consult together whenever, in the opinion of any of them, the territorial integrity, political independence or security of any of the Parties is threatened.

Turkey made an Article 4 request in 2003, on the eve of the Iraq war. But France blocked it, forcing the alliance to use its Defense Planning Committee, of which France was not a member, to coordinate the deployment of defensive equipment to Turkey.

Article 5 – The Parties agree that an armed attack against one or more of them in Europe or North America shall be considered an attack against them all and consequently they agree that, if such an armed attack occurs, each of them... will assist the Party or Parties so attacked by taking forthwith, individually and in concert with the other Parties, such action as it deems necessary, including the use of armed force ...

NATO has invoked this “all for one” clause only once in its history – Sept. 12, 2001 – which is why the alliance is in Afghanistan. These words are the North Atlantic Treaty’s heart. Yet NATO’s actions speak louder than its words. Some of NATO’s most senior members don’t seem to take Article 5 seriously. If they did, Washington wouldn’t have to beg for more troops to support NATO’s Afghanistan mission, and the troops there wouldn’t have limits on where they can go. But throughout the war, certain allies have invoked what NATO euphemistically calls “caveats” to avoid combat zones. Reuters reports that Germany, Italy and Spain have used caveats to steer clear of southern Afghanistan. Others have played the caveat card to avoid deployments near Pakistan.

Article 9 – The Parties hereby establish a Council, on which each of them shall be represented... The Council shall set up such subsidiary bodies as may be necessary; in particular it shall establish immediately a defense committee.

The North Atlantic Council is NATO’s highest body and “oversees the political and military process.” In other words, it determines how, where and when NATO wages war. The post-Cold War era has taught NATO that waging war by committee is more difficult than deterrence. During Kosovo, for example, Greece and Italy called for bombing pauses. Germany publicly dismissed Britain’s suggestion of a ground attack.

Britain retained veto power over anything targeted by British-based B-52s. France blocked sensitive targets throughout the war. And a British general refused to carry out the U.S. commander’s deployment orders.

Article 10 – The Parties may, by unanimous agreement, invite any other European State in a position to further the principles of this Treaty and to contribute to the security of the North Atlantic area to accede to this Treaty ...

Once a club of nations clustered near the Atlantic Ocean, NATO now encompasses a wide swath of the northern hemisphere, stretching across three continents and enfolding 840 million people. To protect NATO’s core, the allies increasingly recognize the need for security on NATO’s periphery. Hence, NATO has intervened in Bosnia and Kosovo, supported peacekeeping operations in Africa, and trained military personnel in Iraq. NATO touts its “expanding and varied relationships” with Australia, Japan, New Zealand, Singapore and South Korea. NATO recently expressed interest in Arctic security. NATO has grown from 12 members to 28.

Article 12 – After the Treaty has been in force for ten years, or at any time thereafter, the Parties shall, if any of them so requests, consult together for the purpose of reviewing the Treaty ...

Perhaps now is a good time to revamp NATO’s Strategic Concept, which is the alliance’s mission statement. It was last updated in 1999, and NATO and the world have changed dramatically since then. “A NATO without profound reform,” warns a group of former NATO generals, “will not be the instrument we need at this time or in the future.” Hence, they propose an end to caveats, recommend streamlined decision-making to enhance NATO’s reflexes, and argue that only those nations contributing military forces to an operation should have a say in the operation.