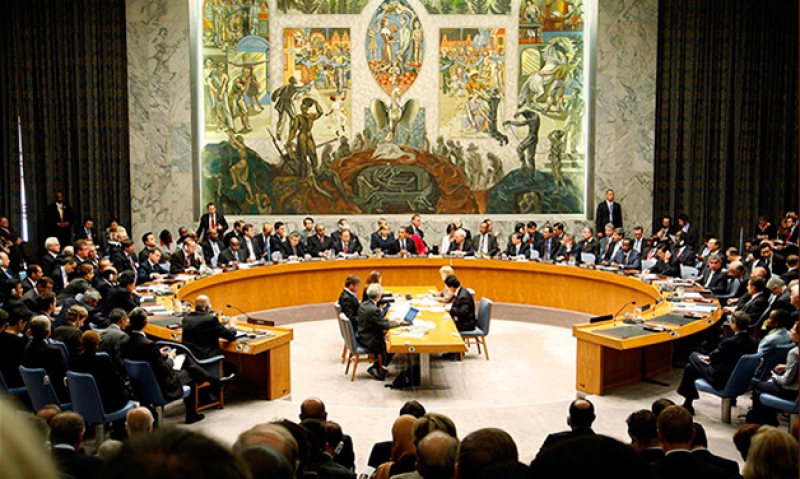 The United Nations never ceases to disappoint its supporters, or confirm the worst suspicions of its critics. The latest examples include its failure to stop the slaughter in Syria and inability to dissuade Iran from developing nuclear weapons. These and a host of other U.N. debacles help explain why there’s growing support for a new way to organize and legitimize international action.

Noting that the United Nations has become “hopelessly paralyzed by the split between autocratic and democratic members,” the Brookings Institution’s Robert Kagan has written about the need for “a concert of democracies” that would enable liberal democracies – like the United States – to “protect their interests and defend their principles.” Similarly, Ivo Daalder, President Barack Obama’s NATO ambassador, has called on “the world’s established democracies” to come together in “a single institution dedicated to joint action.”

The U.N. is not such an organization. Before the failures in Syria and Iran came Bosnia, Kosovo, Georgia, Iraq and North Korea. Indeed, North Korea is the poster child of U.N. fecklessness. After a decade-plus of violating resolutions related to weapons proliferation and nuclear technology, North Korea was allowed to chair the U.N. Conference on Disarmament. Worse, after North Korea shelled a South Korean island and sank a South Korean ship, the U.N. condemned the aggression but refused to name – let alone punish – the aggressor.

Even the U.N.’s “successes,” such as the humanitarian effort in Somalia and the creation of safe havens in Bosnia, ultimately succumbed to bureaucratic inertia and moral relativism.

Most U.N. failures can be traced to systemic problems inside the U.N. Security Council, where obstructionist members use their veto power to play diplomatic games, rather than play the leadership roles they were fortunate to be granted at the end of World War II. As Daalder puts it, the U.N. is “an institution beholden to its least-cooperative members.”  In some cases, the United States has acted without U.N. approval (Kosovo in 1999 and Iraq in 2003), but in most cases the United States and its allies allow the obstructionists to win. The result: threats to security metastasize in places like Iran and North Korea; innocents die in the Balkans and Africa; thugs brutalize the forgotten corners of the world.

Those who point to Libya as a U.N. success story should remember that Moscow and Beijing argued vociferously that they had not authorized what the NATO-led coalition ultimately did—namely, toppling Gaddafi. In fact, Moscow has cited what happened in Libya to justify its opposition to any similar resolution for Syria. The Russians are also blocking efforts to sanction Iranian oil exports.

A concert of democracies, proponents argue, would bypass this sort of obstruction. It would also confer international legitimacy onto U.S.-led military interventions, which is important to U.S. allies.

The outlines of a concert of democratic powers may be coming into focus. In 2000, several democratic countries quietly formed the Community of Democracies. The organization’s governing council enfolds 25 countries, including the United States, Canada, Poland, Italy, Japan, India and South Korea. Not a bad start.

But the democracies are not just sitting around a conference table. In fact, ad hoc partnerships of democratic powers are actively engaged on the global stage:

• The Kosovo war was authorized not by the UN Security Council, but by NATO.

• Similarly, the Iraq war was prosecuted by a coalition of the willing – 27 nations in all, the vast majority of them liberal democracies – that acted without explicit U.N. approval.
• The U.S.-led Proliferation Security Initiative enfolds dozens of seafaring democratic powers that collaborate to prevent the spread of weapons of mass destruction, by force if necessary.

Such a concert would not be without its limitations, of course. After all, the diplomatic trainwreck at the U.N. before the Iraq war was the result of friction between two democracies: the United States and France. But like an extra tool in the toolbox, an invitation-only community of liberal democracies could serve a helpful purpose when conscience or interest compels America and its allies to intervene in the world’s danger zones.

Advocates of the concert-of-democracies idea are in good company.

Historian Paul Johnson notes that after World War I, French leaders desired not the League of Nations, but rather “a mutual security alliance” of like-minded nations. “They recognized that a universal system, to which all powers belonged irrespective of their record ... was nonsense.”

In 1992, as Bosnia descended and the U.N. dawdled, former President Ronald Reagan envisioned “an army of conscience” to prevent such disasters. “Just as the world’s democracies banded together to advance the cause of freedom in the face of totalitarianism,” he asked, “might we not now unite to impose civilized standards of behavior on those who flout every measure of human decency?” Sounding prescient given today’s nuclear challenges, he predicted that this partnership of democracies might need “to undertake military action ... to prevent the spread of nuclear knowledge and weapons to terrorists and hostile states.”

Winston Churchill, a founding father of the United Nations, worried that some governments would use the U.N. to make mischief rather than promote U.N. principles. “We must make sure that its work is fruitful, that it is a reality and not a sham, that it is a force for action, and not merely a frothing of words,” he said of the U.N. in 1946.