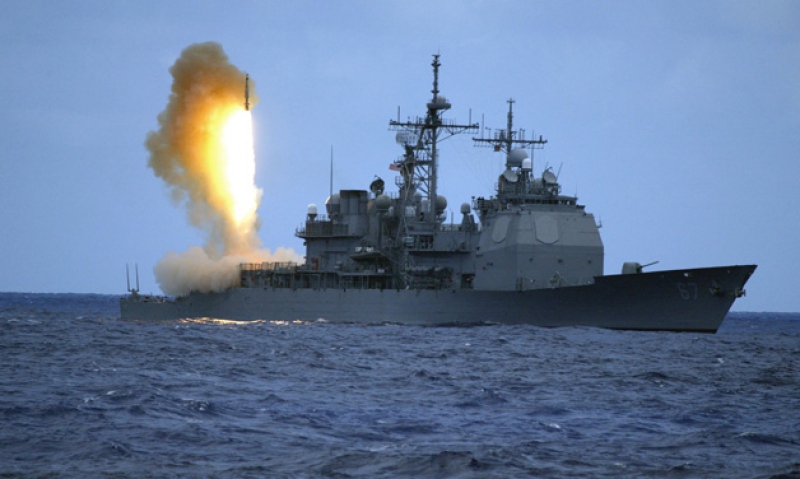 Three decades ago, nine countries possessed ballistic missiles. Today, 32 do. As a 2010 Pentagon report warned, “The ballistic-missile threat is increasing both quantitatively and qualitatively, and is likely to continue to do so over the next decade.” In short, missile defense is no longer something for politicians to debate; it’s a strategic imperative.

Consider that several of the countries in the growing ballistic-missile club are unfriendly or unstable. Iran, North Korea and Syria fall into the former category, Pakistan and Egypt into the latter. Of course, North Korea and Iran are the most worrisome.

North Korea stunned the world with long-range missile tests in the 1990s and nuclear tests in the 2000s. In fact, since January 2009, North Korea has detonated a nuclear weapon; test-fired long-range missiles; declared that it’s no longer bound by the 1953 armistice; torpedoed and sunk a South Korean ship in international waters; and shelled a South Korean island. And now Pyongyang is deploying a road-mobile ICBM, which will allow the Kim dynasty to hide its missile arsenal.

Reading from the same script, Iran has carried out “covert ballistic-missile tests and rocket launches, including testing missiles capable of delivering a nuclear payload,” according to the British government. Iran recently took delivery of 19 intermediate-range missiles from North Korea. The missiles give Iran the ability to strike as far away as Berlin. Worse, the Defense Intelligence Agency estimates that Iran could have a missile capable of hitting the United States by 2015.
But Iran’s missile reach is not limited to land-based assets. In 2004, high-level Pentagon officials confirmed that Iran secretly test-fired a ballistic missile from a cargo ship. Hiding a Scud-type missile and launcher below deck, the ship set out to sea and then transformed into a floating launchpad, peeling back the deck and firing the missile, before configuring itself back into a nondescript cargo ship.

Yet if proliferation gives us reason to worry, the global web of missile defenses offers reason for hope.

The operative word here is “global.” An international missile defense (IMD) coalition, for lack of a better term, has emerged to answer the looming missile threat.

With an eye on North Korea, Japan deploys missile-defense warships, hosts powerful IMD radars and is co-developing the new interceptor missile for Aegis warships. Likewise, Australia is a charter member of the IMD coalition, signing a 25-year pact on missile-defense cooperation in 2004.

These assets will be networked with U.S.-manned radars in Turkey, which will share information with IMD elements in the Middle East. The UAE, for instance, just became the first foreign government to purchase the Terminal High Altitude Area Defense missile-defense system. Saudi Arabia is considering purchasing several Aegis destroyers equipped with antimissile systems. And the United States and Israel, longtime partners on missile defense, have held a series of large-scale missile-defense exercises in recent years. (The two nations are also collaborating to share the Arrow antimissile system with South Korea.)

Here at home, the United States deploys 30 ground-based interceptors at Vandenberg Air Force Base, Calif., and Fort Greely, Alaska, along with 24 warships equipped with Aegis missile defenses. The United States plans to have 32 Aegis-equipped ships at sea by the end of 2013.

Protecting U.S. and allied territory from missile-armed madmen is not cost-free, of course, but neither is it breaking the bank. The United States invested a total of $141 billion on missile defense from fiscal 1985 through fiscal 2011. In comparison to the Pentagon’s budget ($662 billion in 2012), the size of big-ticket social programs (Medicare’s 2011 tab was $568 billion) or the overall federal budget ($3.7 trillion in 2012), the amount invested in missile defense is miniscule. Spread over 26 years, missile-defense development has cost a paltry $5.4 billion per year. Relative to other cost centers in the federal budget, that’s a rounding error.

Although the missile-defense program has failed tests from time to time, this system of systems has scored successes on 52 of 66 hit-to-kill intercepts since 2001 – 79 percent of the time. Still, the critics latch on to the system’s misses and costs as reasons to downgrade missile defense.

While it would be irresponsible to deploy a Potemkin missile defense, it would be equally irresponsible to delay deployment until the system can guarantee 100-percent success – a standard so high that “failure” is inevitable. A 79-percent chance, or even a 30-percent chance, of deflecting an inbound missile is better than a zero-percent chance – something guaranteed by not deploying missile defenses. Moreover, if the IMD system is ever called upon to protect Boston or Berlin, Seoul or San Francisco, Tokyo or Tel Aviv, it will have been worth every penny.