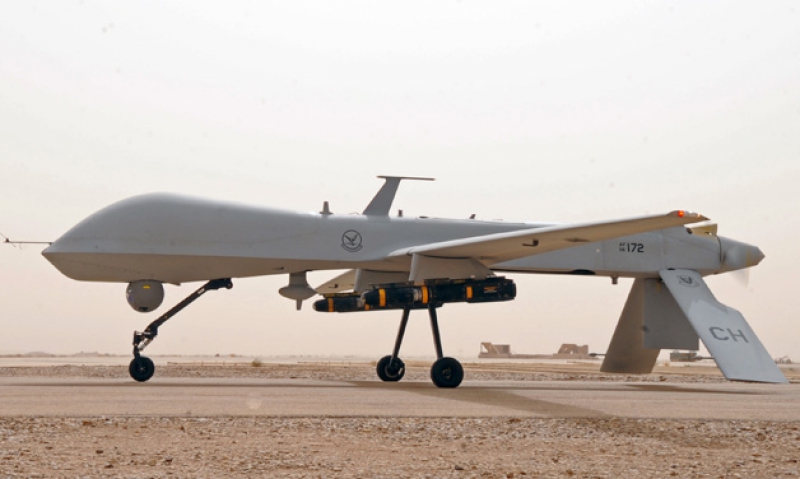 It seems that each morning brings with it another news item about some jaw-dropping development in drone technology.

Take, for example, the recent report in Britain’s Guardian newspaper that scientists at Northrop Grumman and Sandia National Laboratories are working on plans for nuclear-powered drones capable of loitering over target areas for months at a time. Reuters reports that the U.S. and Britain are collaborating on a program that would enable one pilot to command “up to five armed drones.” Next-generation drones could be empowered to identify and attack targets autonomously, based on predetermined conditions.

In short, we are witnessing the transformation of warfare before our very eyes.

Drones have been credited with striking Qaddafi’s convoy; killing al Qaeda’s Anwar al-Awlaki and most recently Abu Yahya al-Libi; and eviscerating al Qaeda’s leadership and the Taliban high command in Pakistan. The Brookings Institution estimates that as many as 2,209 militants have been killed by drone strikes in Pakistan.

Given this record, it’s no surprise that unmanned combat aerial vehicles (UCAVs) are beginning to dislodge manned aircraft from the central role they have played in warfighting since World War II. Consider some of the evidence:

The political and military appeal of UCAVs is understandable.

First, as an Air Force report concludes, drones “are not limited by human performance or physiological characteristics... extreme persistence and maneuverability are intrinsic benefits.” So, rather than limiting a plane’s capabilities to what a human can handle - G forces and speed, tedium and boredom - commanders can deploy aircraft that are limited only by the laws of aerodynamics; rather than relying on target-rich environments like airbases and aircraft carriers, the Pentagon can spawn swarms of expendable planes controlled by remote; rather than landing, refueling and switching out pilots, who get tired and thirsty and hungry, drones are simply handed off from one controller to another, providing seamless operation—and with the advent of nuclear drones, endless operation.

Second, the Pentagon’s share of the federal budget is shrinking. The Air Force emphasizes that drones promote “the wisest use of tax dollars.” A Predator drone, for instance, costs $4.5 million, while an F-35 costs $111 million, an F-22 $377 million, a B-2 around $1 billion. Training UCAV controllers costs less than a tenth what it costs to train traditional fighter pilots.

“As we reduce the overall defense budget,” Defense Secretary Leon Panetta explains, “we will protect, and in some cases increase, our investments in special operations forces, in new technologies like... unmanned systems.”

The confluence of these factors is fueling the rapid replacement of manned aircraft with unmanned drones:

Where are all these pilotless planes taking us? Lt. Col. Scott Taylor, an F-15E pilot with 20 years in the Air Force, including hundreds of hours of combat, worries about the answer to that question.

Quick to emphasize that the views expressed are his, Taylor admits he is biased when it comes to the drone debate. Although he sees drones as “invaluable tools when used for intelligence, surveillance and reconnaissance,” he has qualms about their use in combat.

“It’s important to remember that a pilot, unlike a drone operator, is in the battle-space,” he explains. “I can be shot down. My plane can have a mechanical failure. I can crash and die or fall into enemy hands. A drone pilot simply doesn’t have to think in those terms. That has to have an impact on your decisions. My overall feeling is that it must be different to make a decision to take a life or destroy a target when your own life is at risk. When that element of the act of war is removed, the sense of reality is removed. The magnitude of the decision to take a life is entering virtual reality instead.”

The same applies to policymakers in the age of drones. The risks policymakers take with an armed drone are different because the accountability is less than with a manned aircraft. Since the loss of a drone is the loss of nothing more than metal, the commander-in-chief is more likely to employ this weapon than traditional air power. “More willing to lose is more willing to use,” as Daniel Haulman of the Air Force Historical Research Agency puts it.

Indeed, drone technology makes it theoretically possible to wage risk-free war. And that makes it easier to start wars—or to keep wars going.

The purpose here is not to argue against America’s right to target its enemies, but to challenge the emerging consensus that America should rely on an armada of increasingly-autonomous unmanned bombers to carry out such missions.