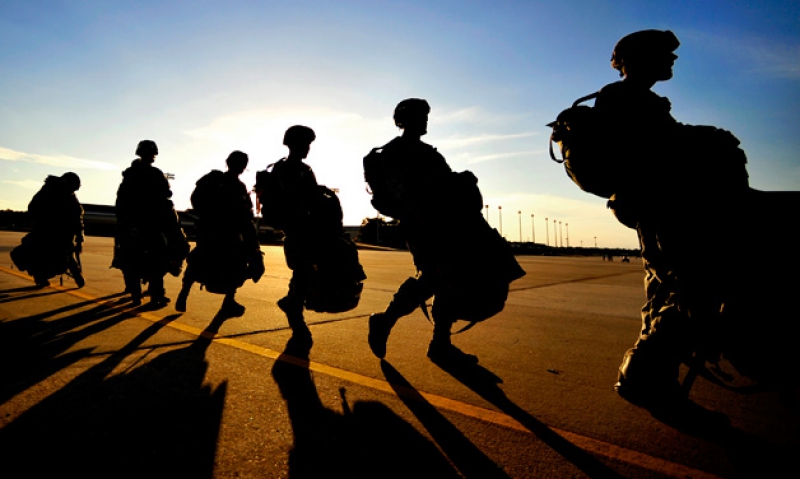 We tend to think of humanitarian military intervention as a modern phenomenon. Yet more than a century ago, Theodore Roosevelt argued against “cold-blooded indifference to the misery of the oppressed.” Even when “our own interests are not greatly involved,” he declared, there are times to act “in the interest of humanity at large.”

That same sentiment continues to compel presidents to dispatch U.S. troops around the world to help the helpless—in Libya, Bosnia, Kosovo, Somalia, Haiti, Kurdistan. The list grows longer each year. And most of the time, Congress isn’t involved in the process. Sens. Jim Webb (D-Va.) and Mike Lee (R-Utah) hope to change that. Their Military Humanitarian Operations Act (MHOA) would require the president to seek congressional approval before deploying U.S. forces on humanitarian missions. In an era when the U.S. military serves as the world’s first-responder—and with interventions in Syria’s civil war and any number of failed states in Africa looming—the MHOA may offer a helpful roadmap in navigating what’s to come.

The bill is a response to the 2011 operation in Libya. Reasonable people disagree about the merits of intervening in Libya. Given that not intervening would likely have allowed Moammar Qaddafi to turn Libya into another Rwanda, a strong case can be made that NATO prevented a massacre—and that President Obama did the right thing. But the MHOA suggests that he went about in the wrong way. As one Democratic lawmaker told Politico, administration officials “consulted the United Nations. They did not consult the United States Congress.” And that’s a problem. In fact, when Defense Secretary Leon Panetta was asked to explain the administration’s view of the dynamic between Congress and the Executive regarding the use of force in future Libya-style operations, Panetta replied, “our goal would be to seek international permission” and then “we would come to the Congress and inform you.”

To be sure, the president has unique authority under the Constitution to wage war—authority which should not be undermined by Congress. After all, the Constitution describes the president as the “commander-in-chief.” Presidents must have the flexibility to act swiftly in defense of American interests. That’s why the MHOA narrowly defines military humanitarian operations as those “where hostile activities are reasonably anticipated” and where the aim is “preventing or responding to a humanitarian catastrophe.” The MHOA would not  impact retaliatory operations, operations aimed at preventing or repelling attacks on the United States or U.S. interests, operations related to collective self-defense, operations to protect or rescue U.S. citizens or personnel, operations conducted to fulfill treaty commitments, operations in response to natural disasters “where no civil unrest or combat with hostile forces is reasonably anticipated,” freedom-of-navigation exercises, or training exercises “where no combat with hostile forces is reasonably anticipated.” And to prevent congressional foot-dragging, the MHOA would require the Senate Majority Leader and Speaker of the House to introduce identical enabling legislation within a day of notification from the White House, and would require a vote within 48 hours of the conclusion of debate.

At the same time, the president’s war-making power should not undermine the unique authority the Constitution accords Congress in determining when U.S. forces should be put into harm’s way. As James Madison observed, “The Constitution supposes what the history of all governments demonstrates, that the Executive is the branch of power most interested in war and most prone to it. The Constitution has accordingly, with studied care, vested the question of war in the Legislature.”

Congress has ceded far too much leeway to the president in the postwar era and especially since the end of the Cold War. As Webb said on the Senate floor, “Year by year, skirmish by skirmish, the role of the Congress in determining where the U.S. military would operate, and when the awesome power of our weapon systems would be unleashed has diminished.”

When it comes to launching military operations to support humanitarian aims—operations where no national interests are at stake, where there is no immediate threat to the U.S. and hence where timing is not of the essence, as in Somalia 1992, Kosovo 1999, Libya 2011—seeking  Congressional authorization should not be seen as a hindrance. In fact, Congress can actually help the Executive by conferring legitimacy onto a humanitarian operation—thereby sharing the burden and responsibility of intervention—or by rejecting plans for intervention. This would prevent the Executive from committing to an effort lacking popular support.

However, the purpose of the MHOA isn’t to prevent humanitarian intervention—as Webb puts it, “I’m not advocating a retreat from anywhere”—but to ensure Congress is a co-equal partner in determining where, when and whether to intervene. That makes sense, given that the ingredients for humanitarian intervention—mass-suffering and mass-communications—are constantly being stirred around the globe.

That’s a crucial point: The need for humanitarian intervention is not greater today than in the past—Ireland was ravaged by famine in the 1840s, and the U.S. sent warships loaded with food; Stalin tried to starve Berlin into submission, and Harry Truman launched Operation Vittles; Vietnamese babies were abandoned, and Gerald Ford launched Operation Babylift—but our awareness and capabilities are. This wireless, networked world makes averting our gaze from the “misery of the oppressed” nearly impossible. And given our unmatched geopolitical power, claiming that we are unable to stop the Milosevics, Assads and Qaddafis of the world would be a lie. Yet just because America has the ability to intervene anywhere doesn’t mean it has to intervene everywhere. That’s where Congress can and should help the commander-in-chief.