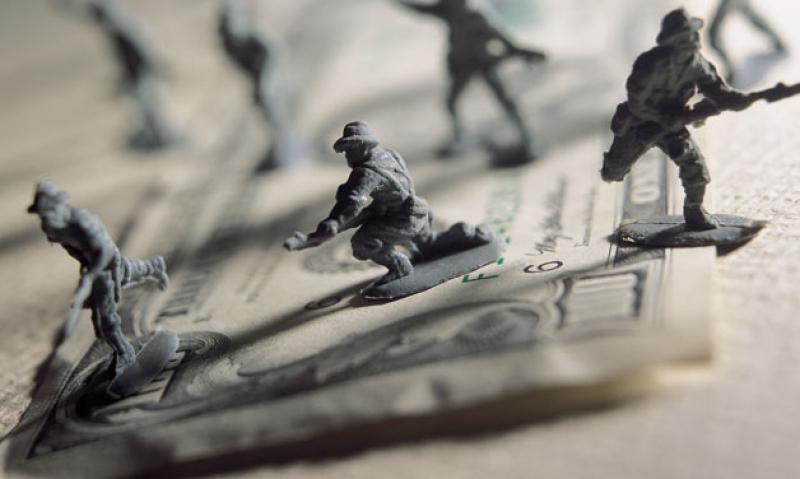 With the election now behind us, it’s time for the president and Congress to return to the urgent budget work left undone during the long campaign. Specifically, they must avert the draconian defense cuts mandated by the Budget Control Act’s “sequestration” mechanism. But what if they don’t?

“Sequestration” is the catchall term used to describe automatic spending cuts to the U.S. military of $500 billion if Congress fails to reach a deficit-reduction deal by the end of this year. These cuts, it pays to recall, would come in addition to the $487 billion the Pentagon has already carved from its spending plans over the next 10 years.

In defending this pre-sequestration round of cuts, President Obama assured Americans that they weren’t really cuts. “Over the next 10 years,” he said in January, “the growth in the defense budget will slow, but the fact of the matter is this: It will still grow.” That’s a fair point: Slower growth is not a cut. Budget hawks have been making that case for 40 years. (Apparently, that logic doesn’t apply to social programs, but that’s a subject for another essay.)

Even so, holding the Pentagon’s budget growth near or below the inflation rate, as the president prescribed in his pre-sequestration plan, means fewer weapons systems, fewer troops, slower recapitalization and more risk. In fact, a Pentagon report issued in January 2012 conceded, “These budget reductions are not without risk.”

For instance, the Navy has been ordered to cut surface combatants from 85 ships to 78, stretch the build time of new aircraft carriers from five to seven years and sought a special congressional waiver to deploy just 10 carriers (rather than the legally mandated 11) while the USS Gerald Ford is completed. The Air Force has announced plans to reduce its fleet by 286 planes. The active-duty Army will be cut from 570,000 soldiers to 490,000; the Marines from 202,000 to 182,000.

Although the defense budget grew by $300 billion in the decade after 9/11, the Center for Strategic and Budgetary Assessments (CSBA) notes that just 16 percent of that increase was earmarked for modernization and new weapons systems. Plus, CSBA points out that a dozen new weapons systems were terminated and many had their numbers cut below end-strength goals (e.g., the F-22). “The aggregate effect is that a significant portion of DOD’s investment in modernization over the past decade did not result in force modernization.”

Remember, all of this is before sequestration.

If we add the cuts already on the books to sequestration, the Pentagon is looking down the barrel of nearly $1 trillion in cuts over the next decade. As Joint Chiefs Chairman Martin Dempsey warns, after sequestration, “We wouldn’t be the global power that we know ourselves to be today.”

Indeed, the post-sequestration military would be unrecognizable from today’s power-projecting force. If the sequestration guillotine falls, it will lop off vital organs of U.S. military power, as Defense Secretary Leon Panetta recently detailed:

These cuts might make sense if peace were breaking out around the world. But we know the very opposite to be true. America is still at war in Afghanistan. Terrorist networks like al-Qaeda are increasing their influence in Africa, Iraq and Yemen. Mexico is hemorrhaging. Libya and Egypt are simmering. Syria is on fire, and NATO ally Turkey is being scorched by the flames. The oil-rich Arab monarchies are terrified about the Arab Spring spreading and Iranian nukes sprouting. Nuclear-armed Pakistan is less stable and more paranoid than ever, as is nuclear-armed North Korea. “We’re within an inch of war almost every day in that part of the world,” Panetta said of the situation on the Korean Peninsula.

As Robert Gates observed before he left his Pentagon post, “The defense budget, however large it may be, is not the cause of this country’s fiscal woes.” He pointed out that in 1961 defense consumed half the federal budget, while it accounted for 9 percent of U.S. GDP. Today, defense spending “represents less than 15 percent of all federal spending and equates to roughly three and a half percent of GDP”—and falling fast.

The military is already contributing more than its share to solving America’s fiscal problems. The next step is for the president and Congress to tackle long-term entitlement reform and to make sure the Pentagon is protected from sequestration—for there is no social security without national security.