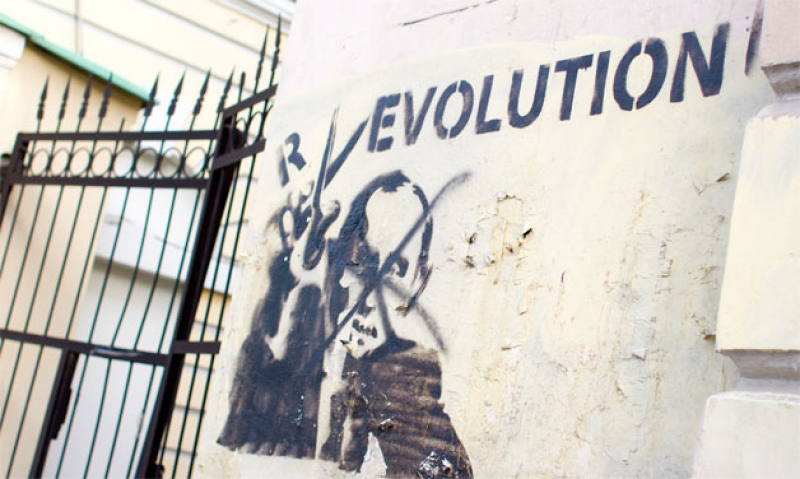 After a decade of drift and decline in the years after the Cold War, Russia has used its oil wealth to regain a prominent place on the global stage. Regrettably, the part Russian president Vladimir Putin has chosen to play is that of rogue. It’s time for Washington face up to this reality by developing a realistic Russia policy. Before getting into what that policy might look like, let’s consider Russia’s roguish behaviors.

In September, the Kremlin announced that it was kicking the U.S. Agency for International Development out of Russia. USAID promotes everything from public health to civil society, and has been welcomed in Russia for 20 years. But Putin’s Russia is anything but the aspiring democracy that it was after it pulled the plug on the Soviet Union.

Putin’s regime intimidates opponents, rewards cronies, controls the media and stage-manages elections. In 2011, for instance, Putin faced a firestorm when it became apparent that legislative elections were rigged in favor of Putin’s United Russia party. In 2012, Putin’s Justice Ministry barred key opposition figures from participating in elections. As Robert Kagan observes, “Elections do not offer a choice but only a chance to ratify choices made by Putin.” Indeed, Czar Vladimir has engineered his way from prime minister to president to prime minister to president in the past 12 years.

Putin is pushing back against the settled outcomes of the Cold War. Indeed, Secretary of State Hillary Clinton warns about Moscow’s bid to “re-Sovietize the region.”

Russia is eyeing the energy resources of the Arctic and is signaling its seriousness about claiming those resources by building a string of bases in the Arctic, stationing 10,000 troops in the Arctic and promising, in Putin’s words, that Russia’s defense of its Arctic interests “will be hard and consistent.” To back up those words, Putin has unveiled plans for 2,300 new tanks, 600 new warplanes, 400 new ICBMs and 28 new subs—all in the next 10 years.

Much of Russia’s anger at Poland is a function of NATO’s missile-defense plans. To cut through Moscow’s bluster, consider an everyday example: Reasonable people don’t think of a cop wearing a bullet-proof vest as threatening, but most people consider a gunman loading his weapon as threatening. The gunman NATO is most worried about is not in Moscow, and the bullet-proof vest offered by NATO’s very-limited missile defenses is not designed to neutralize Russian missiles. Putin knows this.

Equally worrisome, Russia is shifting its views on nuclear missiles. In October, Moscow announced that it would no longer participate in the successful Nunn-Lugar threat reduction program, which deactivated or destroyed thousands of warheads, decommissioned 33 submarines and secured 24 weapons-storage sites. That same month, Putin launched Russia’s largest nuclear war games since the collapse of the Soviet Union.

Beyond its dangerous games with strategic weapons, Moscow is blocking concerted international action in Iran and is doing worse in Syria.

Even as the world closes ranks to isolate Bashar Assad’s regime—responsible for some 40,000 civilian deaths since early 2011—Moscow continues to support Assad. Russia has fulfilled contracts for air defenses, dispatched warships to conduct maneuvers and dock at Tartus, sent oil and gas to Syria, blocked three UN Security Council resolutions on Syria, tried to ship attack helicopters to Assad (but was forced to recall the shipment) and then was caught sending antiaircraft equipment to Syria on a civilian airliner.

First, Washington must stop the sequestration guillotine from falling on the Pentagon. A realistic Russia policy depends on a strong military capable of deterring Russian mischief and projecting American power into any region. As Churchill said of his Russian counterparts, “There is nothing they admire so much as strength, and there is nothing for which they have less respect than for weakness.”

Second, Washington must remember that we are not dealing here with a banana republic. Russia is a nuclear power with global interests and the capability to defend those interests—and undermine America’s. And it is ruled by a leader who understands only the language of power.

That reality leads us to some concrete actions that Washington can take to re-reset U.S.-Russian relations.

If Moscow wants to make outlandish claims on the Arctic, Washington should move the outlines of a NATO Arctic partnership from the drawing board to the real world. The groundwork has already been laid: Norway led Arctic exercises earlier this year, and the U.S., Canada and Denmark have conducted Arctic military maneuvers in recent years.

If Russia keeps sending bombers into allied airspace, the U.S. should deploy additional air defenses to the Baltics and expand joint airspace patrols over Baltic airspace.

If Russia continues to conduct war games focused on Poland, Washington should speed up plans to deploy F-16s to Poland and move forward on missile defense in a way that serves the interests of the United States and its allies—and disregards the interests of Russia. Washington has done geopolitical gymnastics for four years in futile hopes of winning Russian approval.

And if Putin wants to act like a Soviet-era commissar or 19th-century czar, Washington should expose his assault on human rights to the light. As Reagan counseled in 1979, “a little less détente…and more encouragement to the dissenters might be worth a lot of armored divisions.”