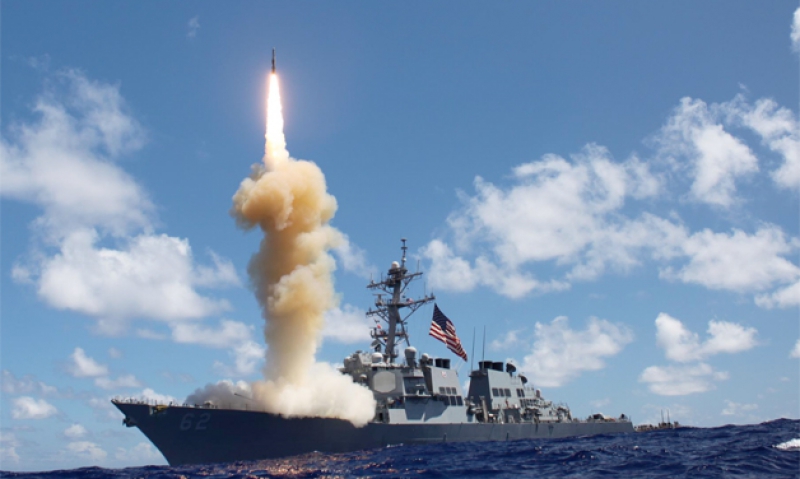 The Hwasong-13, a road-mobile intercontinental ballistic missile, is now officially part of North Korea’s arsenal, the departing commander of U.S. Forces Korea confirmed last month. This news comes on the heels of reports—confirmed by satellite imagery—that Iran has constructed launch sites for intercontinental-range missiles. In fact, the Pentagon reported in 2012 that Iran may be able to flight-test an ICBM by 2015, and the British government revealed in 2011 that Iran had conducted tests of missiles capable of delivering a nuclear payload. Similarly, the Defense Intelligence Agency concludes “with moderate confidence” that North Korea “has nuclear weapons capable of delivery by ballistic missiles.” Add it all up, and the product is a gathering threat to the United States and its allies.

The good news amidst these worrisome developments is that America’s missile defenses are maturing to meet the twin terrors posed by Pyongyang and Tehran. But are those defenses maturing fast enough? The following provides a glance at some of the key elements undergirding the missile-defense effort.

Missile defense is a work in progress. In testing, this system of systems has scored successes on 63 of 79 hit-to-kill intercept attempts. That’s a 79.7-percent success rate. In October, a warship equipped with Aegis Weapon System intercepted a medium-range rocket. In September, two medium-range ballistic missiles were intercepted—one by the sea-based Aegis system, one by the land-based THAAD system. And during a 2012 exercise, the system deflected four out of five “near-simultaneous representative threats,” as MDA Director Vice Admiral James Syring reported in May.

In hopes of setting the system up to fail, critics have long expected it to be 100-percent effective, thus justifying their desire to gut or zero-out missile-defense funding. But we cannot delay deployment until the system is 100-percent effective, because that will never happen. Nothing made by man works 100 percent of the time. Moreover, if an American or allied city is ever in the crosshairs of an inbound missile, who would prefer a 0-percent chance of intercepting the killer rocket—something guaranteed by not testing and not fielding a missile shield—over a 79-percent or even 50-percent chance?

Investing in the system

The Missile Defense Agency (MDA) has been delivering solid results in spite of the fact that policymakers have not been delivering steady funding. As Aviation Week reports, missile-defense defenders argue that the system’s misses “are directly related to five years of diminished funding for testing and redesign.”

Contrary to the critics, this is not a big-ticket item. The United States has invested $157.8 billion on missile defense since 1985—an average of $5.6 billion per year. That’s a tiny fraction of the Pentagon’s budget—and a rounding error when it comes to overall federal spending.

But with Pyongyang rattling nuclear sabers, the administration is now scrambling to deploy those extra 14 interceptors in Alaska. Related, as Iran follows Pyongyang’s roadmap to the nuclear club, there is growing support for a third U.S. missile-defense site—to complement existing sites in California and Alaska—east of the Mississippi.

Among those supporting a third site is Sen. Charles Schumer, D-N.Y, who has urged the Pentagon to consider a site in “New York State for the future deployment of an interceptor capable of protecting the homeland against threat from intercontinental ballistic missiles.” As NORTHCOM’s Gen. Charles Jacoby explains, “What a third site gives me, whether it’s on the East Coast or an alternate location, would be increased battle space; that means increased opportunity for me to engage threats.”

Somewhat paradoxically given the cuts in missile-defense spending at home and the reversals in Eastern Europe, the administration has widened the web of missile-defense assets in other parts of the world: Spain is hosting a permanent rotation of four Aegis warships. Israel, Turkey and Qatar each host powerful X-Band radars, which support the global missile-defense architecture. The UAE recently became the first foreign government to purchase a THAAD system. For the first time ever, Turkey, Saudi Arabia and the UAE are participating in an international missile-defense exercise known as “Nimble Titan,” which involves 22 countries. And Japan now deploys six Aegis ships; hosts an X-Band radar, with another on the way; and is co-developing a new interceptor missile for Aegis ships.

Three decades ago, there were nine countries that fielded ballistic missiles. Today, there are 32. Several of them are unstable (Pakistan, Egypt) or unfriendly (Iran, North Korea) or both (Syria), which explains why Legion resolutions call missile defense “an essential ingredient of our homeland security.”

Policymakers should use Pyongyang’s temper tantrums and Tehran’s evasions as teachable moments to explain the need—and build support—for robust missile defenses. It pays to recall that since 2009, North Korea has detonated two nuclear weapons, threatened nuclear strikes on the U.S. and demonstrated a threshold ICBM capability by lofting a satellite into orbit. Once Iran is capable of flight-testing an intercontinental ballistic missile, it will have the capacity to threaten America’s homeland with missile attack—quite likely nuclear-tipped missiles at some point.

The rules of deterrence worked with the Soviet Union because it was rational. But one wonders if the old rules will apply to a regime like the mullahs’ Iran, which speaks in apocalyptic terms and considers terrorism a legitimate tool foreign policy, or today’s North Korea, which is ruled by a paranoid man-child and a propaganda-poisoned military.