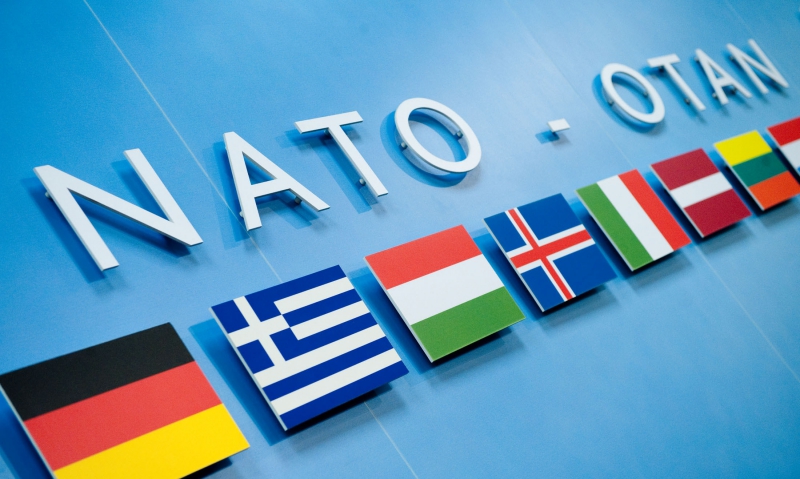 Not long ago, NATO was poised to become a kind of global 9-1-1 force: Between 1995 and 2011, the alliance ended a war in Bosnia, waged a war in Kosovo, deployed peacekeepers to both of those Balkan battlegrounds, marched into Afghanistan to fight the Taliban, formed the basis of an international armada to intercept WMDs on the high seas, combatted piracy off the Horn of Africa, airlifted African Union peacekeepers, trained Iraqi soldiers and prevented a Bosnia-style bloodletting in Libya. Some observers saw in these post-Cold War missions the outlines of “an expeditionary alliance” on call to intervene anywhere.

But today’s NATO is more interested in offloading missions than shouldering new ones. As a consequence, NATO’s global reach and role are contracting, leading the alliance back to its traditional role of deterrence—and not a moment too soon, given what Russia is doing along its borders.

Faced with a choice between deterrence and irrelevance, NATO is opting for the former.

It all comes down to will. The 28-member alliance doesn’t have the will to be a global police force. That much is obvious after NATO’s disappointing and often-disjointed effort in Afghanistan.

Nor do most members of the alliance have the will to make the sort of investment needed to field power-projecting militaries. Without the United States in the lead in Libya, NATO was found woefully lacking in precision munitions, targeting and jamming capabilities, mid-air refueling planes, reconnaissance platforms, drones, and command-and-control assets—just about everything needed to conduct a 21st-century air war.

This is what happens when nations stop investing in defense. If we remove U.S. defense spending from the picture, NATO members spend an average of 1.3 percent of GDP on their armed forces. For years, NATO has been asking members to invest 2 percent of GDP in the common defense. Yet only three members meet that standard, which brings us back to NATO’s mission.

It’s not only prudent for a NATO with fewer resources to focus on its core mission; it’s increasingly necessary.

Vladimir Putin’s Russia is anything but a partner. From Syria and Iran, to Georgia and Ukraine, to the Baltics and the Arctic, Putin’s position is at odds with NATO’s interests and ideals. As Lech Walesa and Vaclav Havel observed in 2009, Putin’s Russia is “a revisionist power pursuing a 19th-century agenda with 21st-century tactics and methods.”

Putin’s Russia has interfered in Ukraine’s internal politics and violated its territorial integrity, invaded and dismembered Georgia, waged cyber-war against Estonia, used energy supplies as a weapon against Central Europe, provided diplomatic and military cover for Assad’s beastly war in Syria, unilaterally claimed a vast swath of the Arctic, violated the INF Treaty, withdrawn from the Nunn-Lugar nuclear threat reduction program, harbored fugitive spy Edward Snowden, and perhaps most worrisome to the alliance, conducted a crescendo of provocative war games on NATO’s borders.

The Estonian defense ministry reports that Russia’s troop presence on the borders of Latvia, Estonia and Lithuania—all NATO members—has mushroomed from 16,000 in 2009 to nearly 100,000 today.

Putin has revived the Cold War practice of sending long-range nuclear bombers into the Americas, the Pacific, Europe and the Arctic to buzz U.S. aircraft carriers and Alaskan, Canadian, Colombian, Japanese and British airspace.

All of this underscores why NATO is recommitting itself to “a robust exercise and training program” featuring “high-intensity, large-scale exercises.” The first of these was held in late 2013. It was NATO’s largest live-fire military drill in nearly eight years, featuring 6,000 troops and the full spectrum of air, land, naval, special operations and cyber assets. The exercise was conducted in Poland, Latvia and the Baltic Sea, which certainly sent a message to Moscow. Perhaps NATO’s next exercise should be held in Hungary, Bulgaria and the Black Sea—all of which border Ukraine.

Regardless of location, the allies plan to conduct “major live exercises on a regular basis” in the coming decade.

This is a language Putin understands, and it will go a long way to keeping the peace in Europe. What Churchill said of his Russian counterparts remains true today: “There is nothing they admire so much as strength, and there is nothing for which they have less respect than for weakness.”

First, NATO nations must invest more in defense. There will always be a capabilities gap between the U.S. and its NATO allies, but NATO cannot devolve from an all-for-one alliance into a one-for-all public good. The United States should lead an alliance-wide effort to help each member develop an action plan to lift their defense budgets to the 2-percent standard. And Washington should lead by example, by reversing sequestration’s devastating cuts and reinforcing the U.S. commitment to Europe. The recent return of American heavy armor to Europe, after the imprudent withdrawal last year of all U.S. tanks, is a step in the right direction.

Second, NATO needs to say “no.” In a way, NATO is like a police force that was so effective at fighting crime in its community that it was enlisted to help other communities, further and further away from its hometown. That proved too much for NATO, and so the prudent course for the alliance is to return to the neighborhoods it knows best. This appears to be what NATO is doing by steering clear of Syria, pulling out of Afghanistan and eschewing nation-building operations in Libya.

Third, NATO needs to make its words matter. Article V of the North Atlantic Treaty—NATO’s all-for-one collective defense clause—is the backbone of the alliance. Yet Norwegian Foreign Minister Espen Barth Eide warns that “Article V is not in good shape” and worries about NATO’s ability “to deliver if something happens in the transatlantic theater of a more classical type of aggression.” (See Putin’s Brezhnev-style reaction to the Kiev Spring.) Only once in its history has NATO invoked Article V—on September 12, 2001—but some NATO members don’t take Article V as seriously as others. If they did, European defense spending wouldn’t have shrunk by 15 percent in the decade after 9/11; Washington wouldn’t have been reduced to begging for more troops to help in Afghanistan; and the troops that were sent wouldn’t have limits placed on where, when and how they engaged the enemy.

If NATO’s members don’t take Article V seriously, neither will NATO’s enemies. And if that happens, NATO’s deterrent strength is gone—not a comforting thought as Putin’s tanks rumble along NATO’s borders.