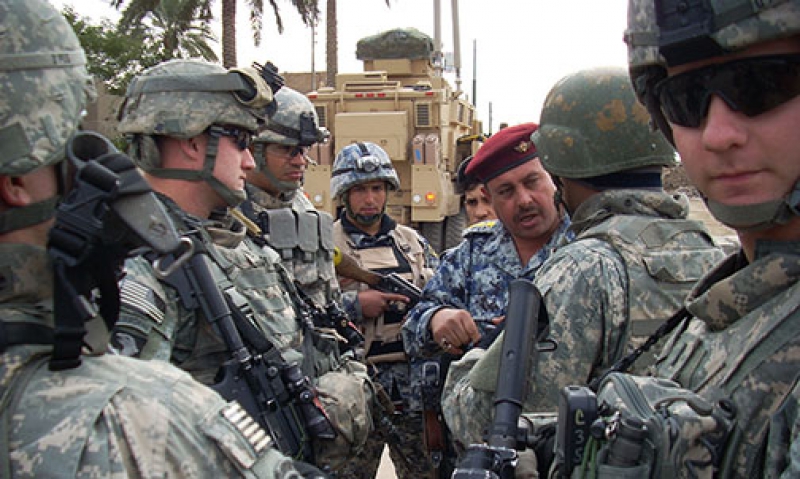 Iraq as we know it appears to be disintegrating. Operating under the banner of the Islamic State of Iraq and al-Sham—the acronyms ISIS and ISIL are used interchangeably—a marauding army of jihadists has erased the Iraq-Syria border, seized vast swaths of western and northern Iraq, taken majority-Sunni cities once liberated by American blood, and declared an Islamic caliphate in the heart of the Middle East. The ISIS war on Iraq has claimed 7,200 civilians this year—1,700 in July alone.

Marginalized by the Maliki government, many of Iraq’s Sunnis have abandoned the political process and turned to violence. Iraq’s Shiites have turned to Iran for protection. And Iraq’s Kurds are quietly turning their autonomy into de facto independence. Washington is right not to hasten or encourage Iraq’s dissolution. But if/when Iraq comes apart, the United States should be prepared to help the freest, most stable, most pro-American part of Iraq join the family of nations. The Kurds need America’s help—and America needs theirs.

Some Americans forget—many more simply don’t know—that Iraq’s Kurds have been under the protective wing of American power since 1991. At the end of the first Gulf War, as Saddam Hussein tried to strangle the friendless Kurds into submission, President George H.W. Bush dispatched U.S. ground forces to protect them and ordered U.S. air assets to enforce a no-fly zone over a large swath of northern Iraq. This allowed Iraq’s Kurds to live in relative safety and begin building a semi-sovereign Kurdistan. The no-fly zone was expanded under President Bill Clinton, and Iraq’s Kurds grew more self-sufficient.

By 2003, U.S. troops and CIA assets were working closely with Kurdish military forces—known as “peshmerga”— preparing the battlespace before Operation Iraqi Freedom, neutralizing terror bases held by Ansar al Islam early in the war, and using the Kurdish zone as a launching pad to liberate cities in the north and begin the push south.

Dubbed “Task Force Viking,” one of the major U.S.-Kurd operations included U.S. and British commandoes, conventional U.S. military units and 70,000 peshmerga fighters. “When the dust settled,” as Maj. Isaac Peltier detailed in an after-action analysis, “Task Force Viking had captured two of the largest cities in Iraq, secured key Iraqi oilfields and caused conventional Iraqi forces to either surrender or abandon their posts.”

Fast forward a decade. Iraq’s Kurds govern themselves under the Kurdish Regional Government (KRG). While the rest of Iraq hemorrhages, Syria enters its fourth year of civil war and Iran remains economically stunted by years of Western sanctions, KRG is prospering. Embracing democratic governance and economic freedom, the KRG is studded with “high-rises and five-star hotels,” new airports, “modern, wide highways” and new pipelines carrying oil outbound to Turkey, as The Washington Post reports. Iraq’s Kurds are launching a stock market. And a survey conducted by the Economist Intelligence Unit rates KRG’s business environment better than that of Indonesia, Jordan, Russia and India.

Yet Kurds remain the largest ethnic group in the world without a state. Perhaps that’s about to change. With Iraq beset by internal political challenges and ripped apart by ISIS, KRG leaders are poised to hold a referendum on full-blown independence.

Ironically, Iraq’s independence-minded Kurds may be the best hope for holding Iraq together. On the political front, the Iraqi parliament appointed Kurdish politician Fuad Massoum president last month, in hopes of preserving a loose federal state. Massoum then worked with a coalition of Shia political parties to select a compromise replacement for Prime Minister Nouri al-Maliki, who is widely blamed for poisoning Iraq’s politics.

On the security front, the peshmerga is arguably the only effective Iraqi fighting force. So it makes sense that Washington and Baghdad are finally sharing military equipment with KRG. President Barack Obama has rushed hundreds of U.S. troops to Iraq. Scores of them are deployed in Irbil, capital of Iraq’s Kurdish region. Following a playbook that worked in Bosnia in 1995, Kosovo in 1999 and Afghanistan in 2001, the Pentagon is hitting enemy targets from the air, while local forces (the peshmerga) attack by land.

Ultimately, this is not about holding Iraq together, however. It’s about protecting the United States and its interests.

If you doubt this, consider that ISIS has vowed to raise its flag over the White House. ISIS leader Abu Bakr al-Baghdadi—who was apprehended during Iraq’s insurgency and detained for four years in a U.S. prison in Iraq before being released in 2009—told his American guards: “I’ll see you guys in New York.”

Or consider what U.S. defense leaders are saying. “The United States military does consider ISIL a threat…initially to the region and our close allies, longer term to the United States,” Joint Chiefs Chairman Gen. Martin Dempsey reports.

Calling ISIS “sophisticated…dynamic…strong… organized” and “a threat to every stabilized country on Earth,” Defense Secretary Chuck Hagel argues the jihadist army poses an “imminent” threat to the United States.

The mess that Iraq has become—the mess Iraq has always been—explains why so many policymakers advocated keeping a backstop contingent of U.S. forces in Iraq as an insurance policy. Without such a stabilizing force—to keep Maliki honest, to keep an eye on Iran, to keep a lid on jihadist relapses—the gains made during the surge were put at risk.

Related, the metastasizing violence of ISIS—which used the unchecked Syrian civil war as feedstock for its rise—explains why so many policymakers advocated sending arms and/or launching airstrikes to weaken Bashar Assad and forestall the radicalization of his opposition. As former Secretary of State Hillary Clinton recently observed, “The failure to help build up a credible fighting force of the people who were the originators of the protests against Assad…left a big vacuum, which the jihadists have now filled.”

One caveat: Iraq is not a mess because America intervened. Rather, America intervened because Iraq was a mess. As Gen. Ray Odierno recalls of his early-2003 arrival in Iraq, “What I underestimated when I got there was the societal devastation that was occurring in Iraq.”

Critics of President George W. Bush cannot undo the decision to invade Iraq, and critics of President Obama cannot undo the decision to withdraw from Iraq. But helping the Kurds can address the challenges of the here and now: containing and killing ISIS, salvaging America’s precarious security architecture in the Middle East, and preserving U.S. influence in the region.

In 2008, then-Candidate Obama proposed “a counter-terrorism force to strike al Qaeda if it forms a base that the Iraqis cannot destroy,” adding, “If al Qaeda is forming a base in Iraq, then we will have to act in a way that secures the American homeland and our interests.”

ISIS is, by all accounts, worse than al Qaeda, is forming not a base but a state, and is a threat to the U.S. homeland, U.S. allies and U.S. interests.

Whatever becomes of Iraq, KRG may be the ideal place to deploy, maintain and operate the sort of counter-terrorism force the president envisioned in 2008