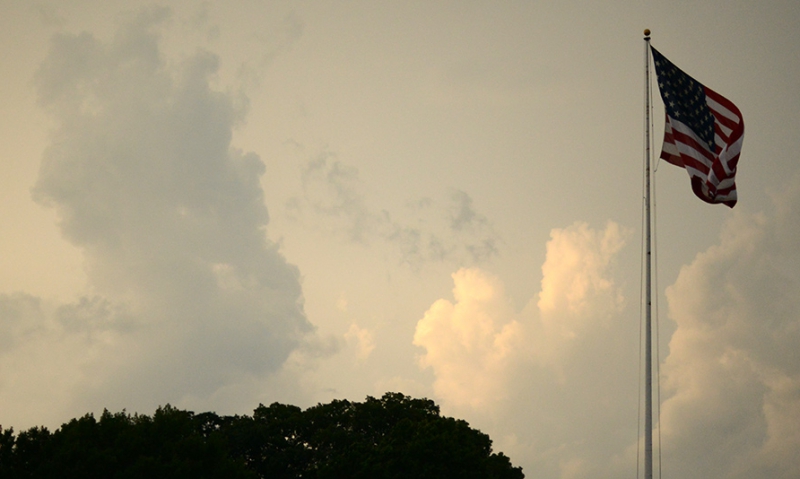 Freedom House, democracy’s watchdog, monitors the state of political freedom around the world. Its recent report reveals “a growing disdain for democratic standards,” “a disturbing decline in global freedom” and an ebbing of the global democratic tide that had been surging from 1984 through 2004. Specifically, Freedom House reports “an overall drop in freedom for the ninth consecutive year,” with 61 countries suffering declines in freedom and only 33 registering gains. “Acceptance of democracy as the world’s dominant form of government – and of an international system built on democratic ideals – is under greater threat than at any point in the last 25 years.”

This represents a challenge to the United States. After all, America laid the groundwork for this international system, expanded it and has sustained it – and America thrives in a world where free governments and free markets flourish.

With America promoting liberal political and economic systems, as the Brookings Institution’s Robert Kagan observes, “The balance of power in the world has favored democratic governments.” The alternative, Kagan warns, is an international system where “great power autocracies” like China and Russia undermine democratic norms, where there are “fewer democratic transitions and more autocrats hanging on to power,” where democracy is on the defensive.

That’s where we are today. But why is that?

Reflecting the national mood, policymakers have phased out democracy-building efforts, scaled back democracy-promotion initiatives, mustered at best muted reactions when pro-democracy movements have come under assault, and shrunk the reach, role and resources of democracy’s greatest defender: the U.S. military.

This shift away from democracy-promotion was predictable. Like a pendulum, U.S. foreign policy swung back from the hyperactivity of the immediate post-9/11 era. But there are tradeoffs and consequences to a foreign policy that is less committed to promoting democracy and less interested in buttressing an international system built on democratic ideals. It stands to reason that when the world’s strongest exponent of democracy pulls back and turns inward, the democratic tide will lose momentum.

The realists counter by arguing that the post-9/11 “freedom agenda” pursued during the administration of President George W. Bush was an aberration – and a costly one at that. They argue that just as America’s actions cannot ensure democracy’s growth – they invariably point to Afghanistan and Iraq – U.S. inaction cannot be blamed for democracy’s retreat.

But the stubborn truth is that democracy-promotion has been a hallmark of U.S. foreign policy since World War II. As President Franklin Roosevelt observed in 1942, “Freedom of person and security of property anywhere in the world depend upon the security of the rights and obligations of liberty and justice everywhere in the world.”

Echoing FDR, President Dwight Eisenhower explained, “We could be the wealthiest and the most mighty nation, and still lose the battle of the world if we do not help our world neighbors protect their freedom and advance their social and economic progress.”

President John Kennedy promised that America would “bear any burden … in order to assure the survival and the success of liberty.”

President Ronald Reagan believed that democracy “needs cultivating.” So he declared, “It is time that we committed ourselves as a nation – in both the public and private sectors – to assisting democratic development.” Toward that end, Reagan pledged “to foster the infrastructure of democracy – the system of a free press, unions, political parties, universities – which allows a people to choose their own way, to develop their own culture, to reconcile their own differences through peaceful means.”

In that brief interregnum between the terrors of Stalinism and jihadism, President Bill Clinton called for “engagement and enlargement” of the democratic community. “Enhancing our security, bolstering our economic prosperity and promoting democracy are mutually supportive,” he explained in a strategy document. “Democratic states are less likely to threaten our interests.”

In short, democracy-promotion was anything but a post-9/11 aberration.

However, the United States and its fellow democracies seem increasingly weighed down and wearied by the realization that democracy isn’t inevitable, that a liberal global order favoring free governments and free markets can’t be preserved by speeches or treaties, that the free world doesn’t run on autopilot or grow by magic.

If we – the United States, the West, the world’s democracies – lack the energy, the confidence, the will today to enlarge the free world, as seems to be the case, then we must at least protect and preserve the free world by returning to what FDR called “armed defense of democratic existence.”

Nor can the United States defend the free world alone. Japan, Australia and India are rising to the occasion – and rising to the challenge posed by China. Now it’s time for Europe to step up. NATO headquarters has been begging members to invest 2 percent of GDP in defense for a decade. Yet only four of NATO’s 28 members meet that standard, and virtually every member is investing less in defense today than in 2001. In fact, the United States now accounts for 75 percent of NATO’s defense spending, up from 50 percent during the Cold War.

Second, we should defend the democratic space. As FDR put it, “Let us say to the democracies: ‘We Americans are vitally concerned in your defense of freedom. We are putting forth our energies, our resources and our organizing powers to give you the strength to regain and maintain a free world.”

What’s that mean in 2015? For starters, it means arms for democratic Ukraine rather than MREs and nonlethal aid. As Ukrainian President Petro Poroshenko says, “One cannot win the war with blankets.” Likewise, the Kurdish Regional Government – a staunch ally and the closest thing to a cohesive, democratic nation-state in Iraq – deserves direct military aid, rather than the trickle of U.S. arms that pass through Baghdad. And as long as Taiwan remains committed to a peaceful status quo with the Mainland, the island democracy deserves the defensive weapons systems it has been promised. Under the Taiwan Relations Act, the United States is obliged to “provide Taiwan with arms of a defensive character,” yet Taiwan’s requests for submarines and F-16s have been languishing since the Bush administration.

We need to remind the enemies of freedom – and perhaps ourselves – that resisting aggression and deterring aggression do not constitute acts of aggression. “Such aid is not an act of war,” FDR matter-of-factly noted, “even if a dictator should unilaterally proclaim it so to be.”

Third, we should turn back those who violate the borderlands of freedom. The Free World cannot allow autocracy or anarchy to roll back democratic gains.

There can be no more Crimeas. Russia cannot repeat – or be tempted to repeat – in the Baltics its salami-slice invasion of democratic Ukraine or democratic Georgia. China cannot reincorporate Taiwan without the consent of Taiwan. China’s “instant islands” must be delegitimized. And the world’s bloodied band of democracies must defeat those who use our freedoms to cloak their attacks against freedom. Put another way, ISIS and al Qaeda have to be relentlessly targeted and utterly destroyed. Pin pricks and half-measures won’t do.

Fourth, we must promote (and practice) economic freedom. If Americans have learned anything from their well-intentioned efforts in the unforgiving lands of Iraq and Afghanistan, it’s that democratic elections alone don’t ensure freedom or promote stability.

“Democracy,” as Robert Kaplan observed in his book The Coming Anarchy, “emerges only as a capstone to other social and economic achievements.” These include a civil society that both protects minority rights and respects majority rule, the rule of law, and economic freedom. The spread of economic freedom creates incentives for cooperation within and between nation-states. And more economic freedom at home means a stronger economy, a growing GDP and the capacity to be “the great arsenal of democracy” for a tiny fraction of that GDP.

Fifth, we should support political reformers and democratic opposition movements.

Reagan once argued that “a little less détente … and more encouragement to the dissenters might be worth a lot of armored divisions.” In other words, it’s time, again, to employ rhetoric as a weapon. Reagan was masterful at this – calling the USSR “an evil empire,” dismissing communism as “a sad, bizarre chapter in human history” and explaining with impatient disdain, “The West will not contain communism; it will transcend communism.”

Words like this have a power all their own – especially when backed up, like Reagan’s, by action. Soviet dissident Natan Sharansky, who during the 1980s was confined to a tiny prison cell in Siberia, recalls reading an issue of the communist party newspaper Pravda while in prison. Pravda quoted Reagan’s “Evil Empire” speech in an effort to discredit him and paint him as a warmonger. But it had the opposite effect among the Soviet people. “We dissidents were ecstatic,” Sharansky recalls. “Finally, the leader of the free world had spoken the truth – a truth that burned inside the heart of each and every one of us.”

In the same way, Washington should offer a platform to the victims of Putinism – free-speech activists and independent media, human rights activists and evangelical Christians, political dissidents and those persecuted for their sexual orientation. Washington should highlight Beijing’s contempt for human rights by continually drawing attention to China’s laogai prisons, underground churches, Tibetan independence advocates, Charter 08 signatories and political dissidents. And Washington should challenge the legitimacy of the North Korean and Iranian regimes by cataloguing their acts of terror in high-profile settings – the president’s annual visit to the U.N. General Assembly, State of the Union addresses, gatherings of APEC and the ASEAN Regional Forum.

Of course, we know that actions speak louder than words. “If the rest of this century is to witness the gradual growth of freedom and democratic ideals,” Reagan said in 1982, “we must take actions to assist the campaign for democracy.”

America took those actions in the 20th century. It seems democracy needs America just as much in the 21st century.