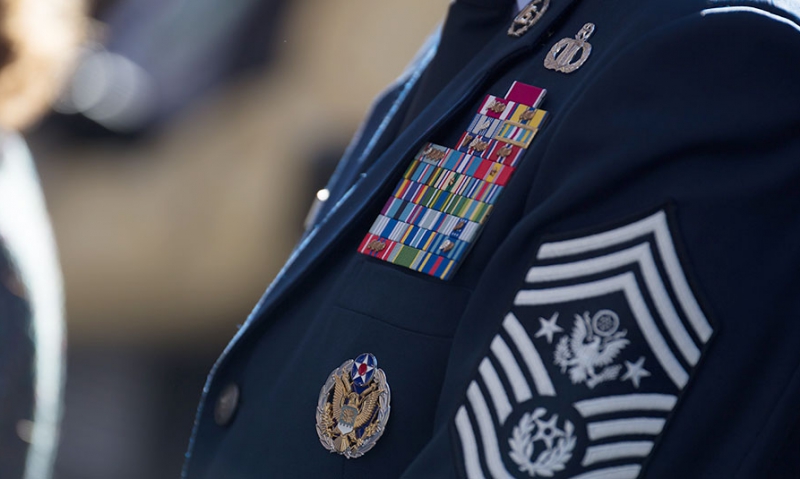 “Today’s global security environment is the most unpredictable I have seen in 40 years of service,” Gen. Martin Dempsey reported just before he left his post as chairman of the Joint Chiefs of Staff. “Global disorder has significantly increased while some of our comparative military advantage has begun to erode.”

That’s putting it mildly, as a quick scan of the globe reveals. The Middle East is on fire, with the Islamic State’s jihadist army erasing the Iraq-Syria border; the Assad regime reopening the Pandora’s Box of chemical warfare; allies in Turkey, Iraqi Kurdistan, Jordan, Israel and Saudi Arabia scrambling for cover; and Iran, now ensconced as a nuclear-threshold state, emerging as regional hegemon. North Korea is refining its long-range nuclear-missile arsenal. China is claiming control over international airspace and waterways, turning coral reefs into instant islands to bolster its claims, and fielding a power-projecting military. Russia is staking claim to the resource-rich Arctic, dismembering and annexing sovereign neighbors, rebuilding its army and reasserting itself in the Middle East.

All the while, the U.S. defense budget has fallen from 4.7 percent of GDP in 2009, to 3.1 percent of GDP today, headed for 2.8 percent of GDP by 2018-2019 – a direct result of the bipartisan gamble known as sequestration. Regrettably, Beijing and Moscow are not following Washington’s lead. China’s military spending has grown 170 percent the past decade – 210 percent since 2000 – giving it the capability to challenge America’s once-unquestioned primacy in the Pacific. In the midst of a 108 percent increase in military spending, Russia is upending the post-Cold War order in Europe.

The U.S military simply cannot do all it is expected to do – deter near-peer competitors, defeat death-wish dictators, hunt down mass-murderers, hold the line at the 38th Parallel, quarantine Ebola-stricken nations, serve as civilization’s first responder and last line of defense – with diminishing and decaying resources. But that’s what Washington is expecting from the Pentagon.

Pressed by sequestration, the Air Force announced plans last year to eliminate 500 planes from its inventory. In 2013, the Air Force stood down 31 squadrons due to funding constraints. And Air Force leaders admit their pilots aren’t spending nearly enough time in the cockpit. “Back when I was a young pilot growing up in the ‘80s and ‘90s,” Gen. Herbert Carlisle of Air Force Combat Command recalls, “we used to make fun of the Soviet Union because they only flew 100 to 120 hours a year. That’s what our pilots are flying now.”

“When the Cold War ended, the Defense Department terminated production of the B-2 and ceased development of new bombers for the first time since the 1920s,” the Lexington Institute notes. “As a result, the U.S. has not developed a new heavy bomber in three decades.” That’s about to change as industry prepares to build the Long Range Strike Bomber (LRSB). However, initial operational capability will not come until 2025. Let’s hope the LRSB project goes smoother than the star-crossed F-35 program.

An army at risk

The Cold War illustrated that the U.S. Army is well-suited for extended operations focused on deterring regional risks like North Korea and near-peer competitors like Russia and China. The post-Cold War era illustrated that the Army is also adept at removing threats and rapidly restoring the status quo (Desert Storm), stabilizing war zones (Bosnia and Kosovo), and delivering humanitarian aid (Iraqi Kurdistan and Liberia).

Before 2012, Washington provided the Pentagon with the resources necessary for a two-war strategy. Documents leaked to USA Today indicate sequestration will produce an Army at “high risk to meet even one major war.” The number of permanently stationed soldiers in Europe has fallen 35 percent since 2012, according to a recent New York Times report. This is a best way to invite the worst of possibilities – what Churchill called “temptations to a trial of strength.” Indeed, as we enter an era marked by renewed great-power rivalry, it seems the United States will need more of the Army’s unique deterrent capabilities, not less.

Before retiring as Marine Corps commandant last year, Gen. Jim Amos noted that “we are beyond muscle” and will soon “cut into bone.” He wasn’t exaggerating.

The Marine Corps’ endstrength will fall to 182,000 by 2017 (down from 202,000). Half of the Marines’ fixed-wing fighters are out of commission, 62 percent of non-deployed Marine units “are missing some kind of necessary equipment,” and the Corps could soon have squadrons “without a single aircraft or pilot ready to deploy,” Marine Corps Times reports.

But the Marines are resourceful. Given that the Navy has only 30 amphibious ships to deliver Marines – but needs 38 – the Marine Corps is considering ride-along partnerships with the navies of Spain, Italy, the United Kingdom and other allies.

A Navy in need

At the height of President Reagan’s buildup, the Navy boasted 594 ships. When President Clinton dispatched two carrier battle groups to smother Beijing’s temper tantrum in the Taiwan Strait in 1995-1996, the fleet totaled 375 ships. Today’s fleet numbers 284 ships. Current recapitalization rates will not keep up with plans to retire ships, leading to “a Navy of 240-250 ships at best,” according to former Navy Secretary John Lehman. At that size, America’s fleet will equal what she deployed in 1915.

These numbers aren’t even close to America’s maritime needs. “For us to meet what combatant commanders request,” according to former CNO Adm. Jonathan Greenert, “we need a Navy of 450 ships.”

That gap has real-world implications. When Tehran threatened to close the Strait of Hormuz in 2012, CENTCOM requested a third aircraft carrier to send a strong deterrent signal. That request was denied because the carrier was needed elsewhere. For a two-month stretch this fall, the United States has not had an aircraft carrier deployed in the Persian Gulf – the first time that has occurred since 2007, as Stars and Stripes reports. When the president ordered warplanes from the USS George HW Bush to blunt the ISIS advance in northern Iraq, Greenert admitted “they stopped their sorties” over Afghanistan to do so. The Asia-Pacific region has been left unprotected by a U.S. aircraft carrier for some four months this year. “The Navy is not scheduled to provide a continuous carrier presence in some operating regions in fiscal year 2016,” reports Navy Cmdr. William Marks.

What can be done?

Ending sequestration would be a good start. Toward that end, Sens. Marco Rubio, R-Fla., and Tom Cotton, R-Ark., introduced a budget amendment proposing to replace current fiscal 2016 defense-spending projections with the projections proposed in 2012 for fiscal 2016, as The Hill reports. That would translate into a $661 billion defense budget, rather than the $585.3 billion defense budget proposed by the president earlier this year.

Even though the Pentagon accounts for 17 percent of federal spending, it has been ordered to cough up half the budget savings mandated by sequestration, which led Sen. Angus King, I-Maine, to point out something too many policymakers fail to grasp: “The growth in the budget right now is in mandatory programs, and particularly in health care costs: Medicare, Medicaid, Children’s Health Program. That’s what’s driving the federal deficit. It’s not defense.”

Even if policymakers fail to end sequestration and fail to give America’s military the resources it needs, they could at least allocate DoD resources smarter. Citing a study from the Government Accountability Office, Real Clear Defense reports the Pentagon owns 30 million acres of real estate and some 500,000 structures, with a total value of $800 billion dollars. Yet the overall occupancy rate of Pentagon-owned structures is only 53 percent. Why not sell off these unused structures and tracts of land, and reinvest the proceeds in new military equipment, increased training and additional warfighters?

Speaking of warfighters, U.S. active-duty end-strength never dropped below 2 million troops during the Cold War. As the Cold War melted away and the Soviet Union collapsed, endstrength understandably fell below the 2-million mark, hovering around 1.4 million in the first decade of the 2000s. But now, active-duty end-strength has dropped to 1.36 million – in a time of war. Remarkably, as the number of warfighters shrinks, the number of DoD civilian employees and contractors is rapidly rising. In fact, in what AEI’s Mackenzie Eaglen calls “a historic shift,” there are now more DoD civilians and contractors (1.474 million) than active-duty personnel (1.36 million).

That seems unwise, especially in a time of conflict and crisis. What outgoing Army Secretary John McHugh recently said of his branch is true of the entire military: “We are on the ragged edge. If we continue to strip resources from this Army ... at some point someone is going to have to tell us to stop doing something. As I look at the world right now, I don’t know what that would be.”